Snaptu has confirmed they have been acquired by Facebook for an estimated $60 – $70 million, although some reports peg the price lower, at around $40 million. The buy will help Facebook increase its mobile footprint in developing countries where smartphones are less common. 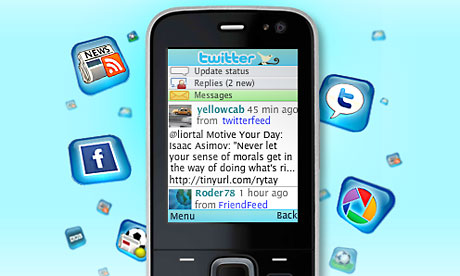 For those who don’t know, Snaptu is a Java-based free application specifically designed for mobiles and can run almost on all mobile phones capable to run internet. Snaptu app allows its users to access various popular services especially social networks including Facebook, Twitter, Flickr and Picasa and entertainment news, blogs, sports and local guides. Snaptu was founded in 2007 as Mobilca and has been downloaded about 4 million times as of May 2010.

Earlier this year, we announced the launch of a new Facebook mobile application to give people a great mobile experience on a broad range of feature phones. The Facebook for Feature Phones app currently works on more than 2,500 devices.

We soon decided that working as part of the Facebook team offered the best opportunity to keep accelerating the pace of our product development. And joining Facebook means we can make an even bigger impact on the world.

As part of our goal to offer people around the world the opportunity to connect and share on mobile devices, we’re excited to confirm that we recently signed an agreement to acquire Snaptu. We expect the acquisition to close in a few weeks, subject to customary closing conditions.

Snaptu is a startup run by a highly innovative collection of engineers and entrepreneurs, who we already work closely with to offer a Facebook mobile application for feature phones.

As part of Facebook, Snaptu’s team and technology will enable us to deliver an even better mobile experience on feature phones more quickly.

This big deal would be finalized in the next week, though it has been firstly reported in several Israeli publications.