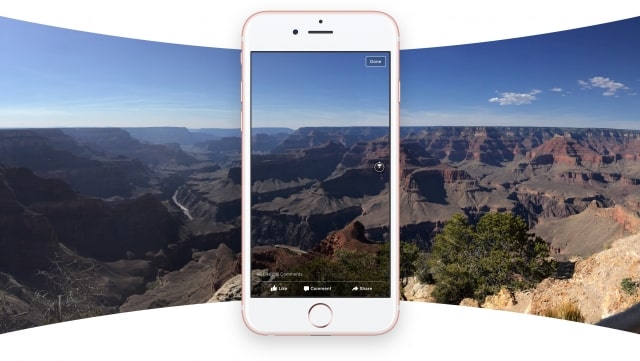 The Facebook, Inc. has posted about the new feature on its official blog Newsroom. The company has been working since decade to provide the best photo experience to it’s 1.65 billion users. In the process, they have announced to release the 360-degree photo in the previous month and they have kept the promise.

Now you can now share panorama or 360-degree photos directly on Facebook. Even if you do not have the VR device, still you can share the 360-degree photo on the social network, right from your smartphone. You just have to capture a panorama using your phone or you can use a 360 camera app. Then you can post from you Facebook Timeline like the way you share other regular photos.

Facebook will convert your photo to an immersive 360 photo which can be viewed similarly the way people experience 360 videos. Currently, you can check out the 360 photos from the few partners like the New York Times and NASA on the Web, iOS and Android device. But we, the regular users have to wait for a couple of days more to upload our own 360-degree photo.

High School Principal Resigns Over Inappropriate Use Of Social Media