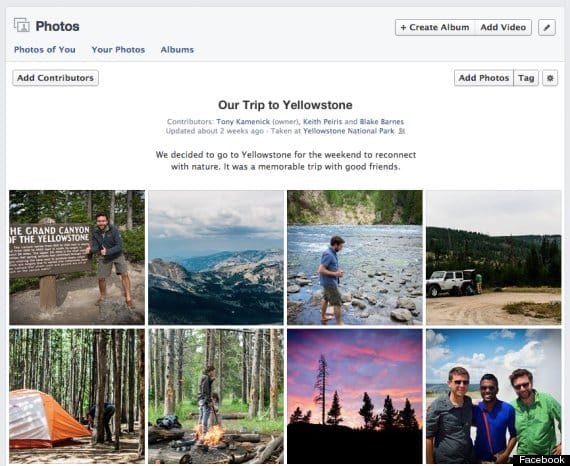 Facebook has ramped up its photo-sharing features, offering the new shared photo albums. The new feature essentially lets multiple users upload photos to a single album while the owner of the album can tweak privacy settings to see who can view these pictures. The key control of privacy settings of a shared photo album lies with the creator of the album. The creator can decide who he wants to add as a contributor. In all, he can add as much as 50 contributors for now, with each contributor allowed to chip in with a maximum of 200 photos.

The shared album creator can also hand out more control to the contributors so that these contributors can, in turn, add more people to the album. In this way, the feature can be especially useful when aggregating photos for a campaign, allowing multiple individuals to contribute in real time.

According to Bob Baldwin, software engineer at Facebook and among the leading developers of the new feature, “Right now, if you were at a party and there were three different albums created, you might not be able to see all the photos [based on privacy settings], which is kind of confusing and frustrating.”

In all, the feature is very promising. It can especially be put to an excellent use by different brands for better advertising, marketing and campaigns.

Is Facebook’s Ad Business A Scam?

Facebook Users May Lose The Ability To Vote On Future Changes