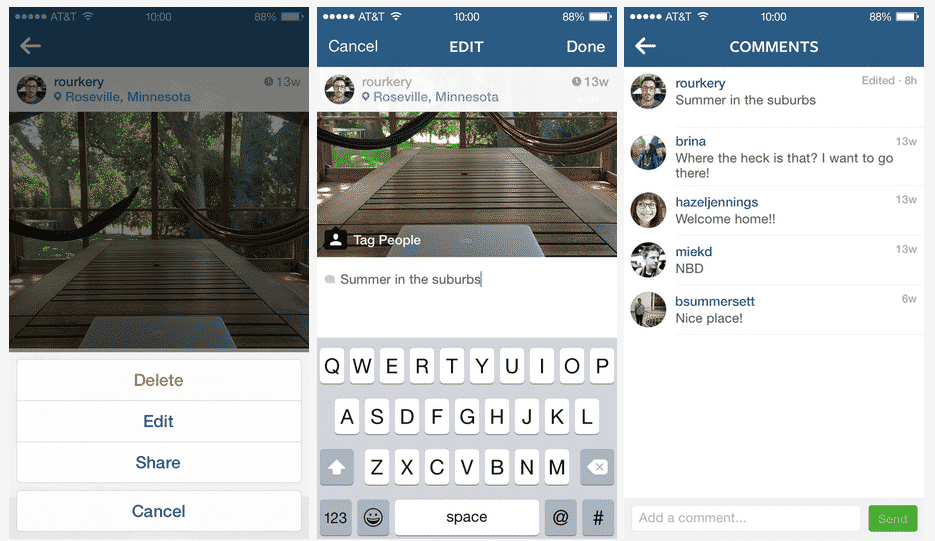 It’ll be very hard to find a smartphone user in the world who hasn’t hit the ‘send’ or ‘post’ button at the very same moment as spotting a horrible auto-correct fail or simple typo. Until this Monday, Instagram users were unable to edit, but now they can edit (photo captions). For long time, Instagram users have requested to bring an “Edit” option. Instagram said that this has been “one of the top requests that we’ve heard from the community.” And finally on this Monday, Instagram updated its mobile app with two new features: Caption Editing and a People Tab. The app now lets users go back and edit captions on their posts (including their location). To change a caption, users will find Edit option in the menu beneath their image (at right). All they have to do is tap it, tweak their caption, and hit Done. On the other hand, tapping on Explore’s new ‘magnifying glass’ icon at the bottom of the display, users will be presented with two tabs – one for Photos, the other for People. While Photos shows up a scrolling grid of images and videos just as it did before. Tapping on People, users will be presented with a bunch of accounts which Instagram thinks users might be interested in following.

However, the update is available for both the iOS and Android versions. Users can download the new version now directly from Google Play and Apple’s App Store.