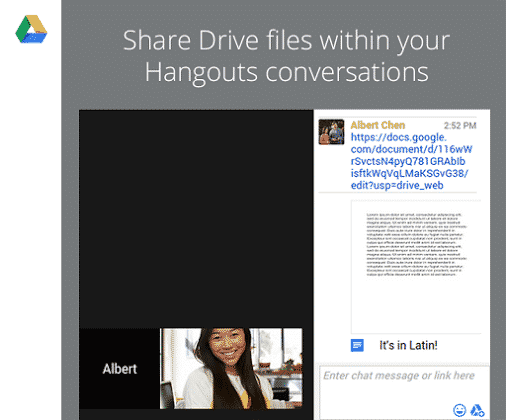 This Thursday, Google has announced a new feature for Hangouts video calls that allows users to share files in Google Drive without having to leave the conversation window. The sharing is dead simple. In a post on Google for Work‘s Google+ page, the company announced the new feature for Hangouts video calls. All you need to do is simply press the Drive icon on the bottom right corner of the conversation and select the file you want to share. When you share the link to a Drive file during a video call, you’ll be able to see a preview of it in the chat window, making it easier to discuss documents or collaborative projects with the person or people you’re talking to.

Undoubtedly this is a small touch that should make things a little easier for people collaborating on a project through video. Google has mentioned that the update will be rolling out to everyone shortly. Let us know if you’ve been able to try it out in the comments below.

This Student Invested $27 In Bitcoins Gets A Luxurious Apartment

Facebook’s Brand Index has bounced back