Twitter has recently rolled out a significant upgrade, both for its web version as well as the mobile apps. The new upgrade brings an all-new conversations view to the users’ timelines. The micro-blogging site claims that the new look will help users keep track of conversations more easily. 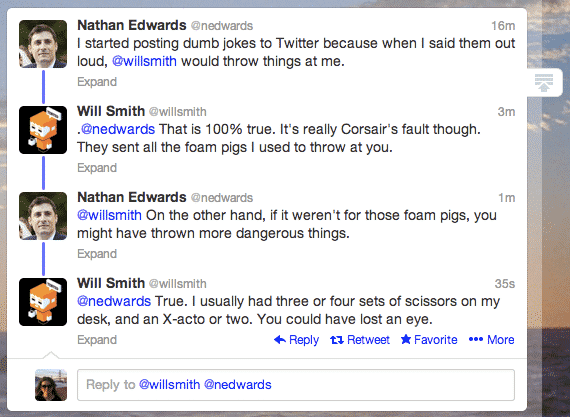 With the fresh changes, any conversations that are happening on your Twitter timeline will be displayed chronologically. Before this, random tweets from these conversation would appear on the timeline, as soon as anyone chipped in. But now, you’ll be able to view entire conversations as they unfold.

Tweets within a single conversation will be visually connected through a vertical blue line. The blue line will help you discern where any given conversation starts and where it ends.

Moreover, Twitter has also enabled the feature of sharing entire conversations through email while until now, it was possible to share only individual tweets this way. These updates have been dished out not only to the web version of Twitter but also to its Android and iOS apps.

Whereas the new changes certainly make tweets more organized on users’ timelines, many have decried the upgrade because tweets within a conversation not only appear individually but also as part of the conversations, thus occupying twice the space on the timeline.

However, it is too soon to measure the response of the users to these changes. Within a week or so, we’ll be able to more clearly depict what the users think of the upgrades.

Three Microblogging Sites That Are Currently In Trend