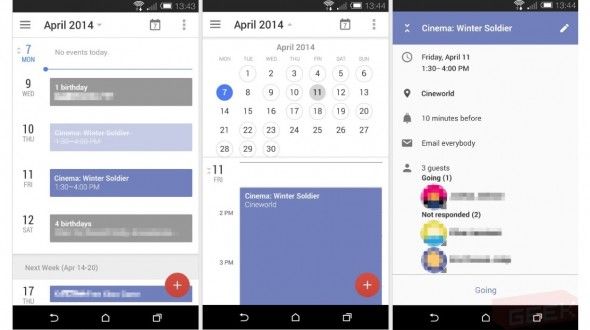 Google always loves to do experiment with its services. If the experiments are proved to be successful, the company utilizes the features, otherwise omit those. And now we have come to know that Google is testing new user interface (UI) and features for Google Calendar. Google Calendar is a free time-management web application offered by Google. The service has been available from April 13, 2006. To use the software, what users need to have is a Google Account. However, like many other companies, Google tests a lot of their software internally and externally before publishing it for the users.

And lately, a user was able to use an Android phone with a new version of Timely (Timely is Google’s internal name for the Calendar app) running on it. Timely is supported by almost every device to run Google Mobile Services. However, the user found that Google was working on a slew of new features including a UI overhaul, daily agenda feature, and social integration from Google+. The biggest thing you’ll notice from this new version of Google Calendar is the total visual overhaul. This new design is entirely minimal, replacing grids and hard lines with blocks of flat color everywhere in order to offer a cleaner, softer UI with very simple mechanics.

Google hasn’t uttered any words regarding this testing yet. But many people think that Google may speak up about it at its annual developer conference.