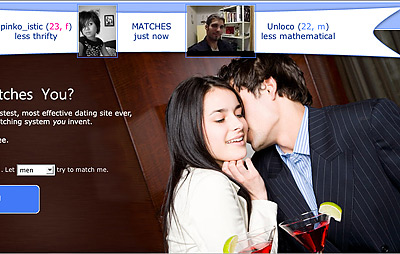 Dating site OkCupid has completed a study about its users’ smartphones and sexual history and has determined that among people who use smartphones, iPhone users have the most sexual partners, followed by BlackBerry users and finally Android users.Is it true that iPhone users in their 30s have more sex than their Android, Blackberry counterparts…. OkCupid looked at the data hidden in the images that users uploaded as profile pictures to see which cameras were used to take them — including smartphone cameras. With many of the site’s users also having taken personality tests like “The Dating Persona Test” or “The Slut Test,” which ask for a count of sexual partners, the site was able to cross-reference that data to complete the study.

In one approach, the survey sample was restricted to people aged 30. That way, differences in the usual ages of users of one smartphone type or another couldn’t affect the results. Among Android users aged 30, the average man had accumulated six sexual partners in his lifetime, while the average woman had accumulated 6.1. Among BlackBerry users, the number was 8.1 for men and 8.8 for women. Male iPhone users had 10 sexual partners and female iPhone users had 12.3 We’ve included OkCupid’s chart for that data below. We’ve also included another chart in which OkCupid mapped out and compared smartphone owners by age from 18 up through 40. While the sizes of the gaps varied, the iPhone, BlackBerry and Android rankings remained the same.

This data was tagged on as a bonus on a blog post about which cameras, camera settings and photography techniques resulted in the most attractive profile pictures. As you might have guessed, the higher the camera quality, the better the result in many cases.

The post is just the latest in a series of fascinating studies by OkCupid based on user data. In the past, the OkCupid blog debunked several of the biggest dating profile picture myths and found the ideal first message length for would-be lovers.