In the aftermath of Hurricane Sandy, thousands of people have been left homeless. City authorities are, thus, in a dire need to somehow bring together resources and help these people get a home. In order to do so, they are considering the option of using shipping containers to build houses. 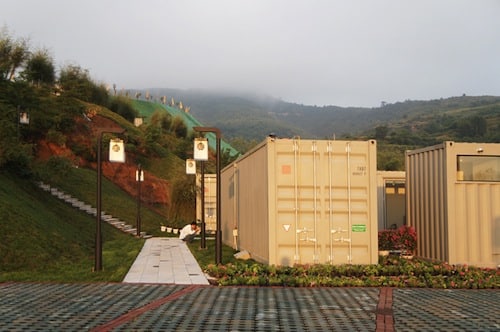 Shipping containers have turned up as a viable solution to provide shelter for the homeless. These containers are low-cost and can be installed instantly after being shipped. Moreover, they can be slightly tweaked to look great, for instance by adding a window.

Such use of the containers is being considered by different housing schemes in both USA and UK. In USA, the New York City is currently pondering on this option. In fact, the city authorities have been chalking up similar plans since the last five years.

If such a scheme was in place by now, it may have immensely helped people in the aftermath of Hurricane Sandy. However, the city authorities haven’t yet finalized the details. For instance, they are still discussing how a container may be tweaked to look like a home – one idea suggests that a window and a door can be added to turn a 40-foot container into a home.

Once these details are finalized, authorities intend to pitch up a ‘test colony’ of 16 container-apartments near Brooklyn Bridge. Through this test run, the city authorities will be able to determine how useful the idea and that whether or not it ought to be implemented at a larger scale.

DARPA’s New Drone Flying Along With A 6-foot Claw