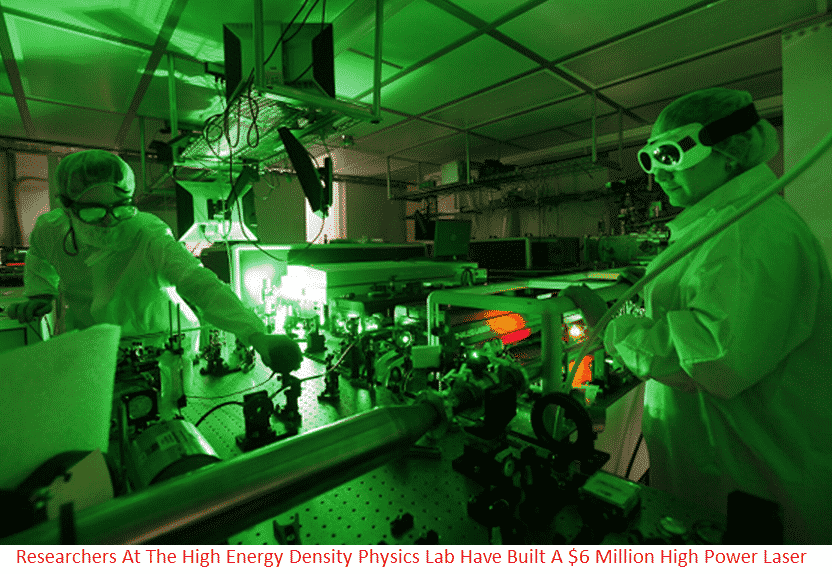 Scientists at Ohio State University have built a special high-power laser that can sustain fusion reactions and can work as a source of energy. A research team at the High Energy Density Physics lab at Ohio State University has spent 6 years to build this special high-power laser. It required $6 million to construct the laser. The US Department of Energy has funded the whole project. The laser will go on live testing on next 15 May, 2012. Enam Chowdhury, an OSU physicist has designed the laser. The laser is fired at a pellet of deuterum-tritium ice less than a centimeter in diameter. The laser has 300 times greater density than water. As the beam hits the pellet of deuterum-tritium ice, the center of the pellet gets hot up to 50 million degrees Kelvin. At that time, a self-sustaining nuclear reaction will occur where the deuterium and tritium ions fuse together, creating a helium nucleus and releasing an energetic neutron. To be noted, each beam of the laser lasts for only one billionth of a second. Comparing to single fire shot that other lasers do in the National Ignition Facility (NIF), it is expected that this high-power laser would be able to shoot up to one hundred beams per day.

The Ohio State University (OSU) explains in their site,

“This is where the Fast Fusion concept comes in: in Fast Fusion the “trigger” for the fusion within the compressed pellet is the arrival of an ultra-intense laser pulse of nominally 50kJ energy, with a pulse length of 20 picoseconds. There are many notional advantages in the fast fusion concept: The pellet no longer has to be so precisely manufactured, the energy of the compression lasers can be reduced up to an order of magnitude, and the concept lends itself to the relatively rapid sequencing required for an energy source.”

Professor Richard Freeman, who works in the High Energy Density Physics lab at Ohio State University is excited about the potential for the laser. “When this happens, and it’s going to be measured in months not years, it will be a major watershed event,” he said. “This is a very exciting time.”

The data generated by the lasers will be used to increase the National Ignition Facility’s precision for its own forthcoming fusion experiments later this year.

Do You Dare To Solve DARPA’s 23 Mathematical Challenges?