Due to short runway, it’s really hard and risky for a jet plane to land on or take off from a floating vessel. A tiniest mistake can lead a jet plane crash. Last Friday, two U.S. NAVY jets crashed. No, they didn’t crash during take off or landing; rather they collided with each other in mid air over Pacific Ocean and then crashed in the ocean. 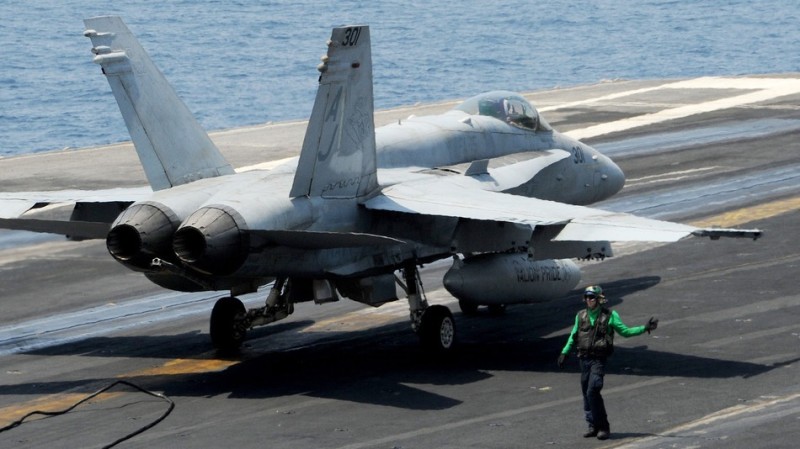 Last Friday, two U.S. NAVY fighter jets F/A-18 Hornets took off from the aircraft carrier USS Carl Vinson. According to a U.S. 7th Fleet statement, the jet planes collided with each other at 5:40 p.m. (local time) in an unspecified area of the Indo-Asia-Pacific region.

After the crash, one of the pilots was quickly rescued and brought back to the carrier for treatment, but unfortunately they couldn’t find the other. So, the NAVY has deployed war ships and helicopters in a search for the second pilot. Note that, the two fighter jets cost about $57 million each and they have not been recovered yet. On the other hand, it’s not been confirmed why or how did the collision occur.