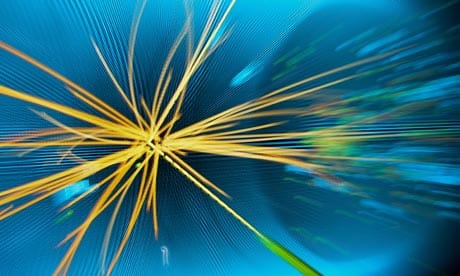 The scientific community is jubilant and ecstatic over the near-sure discovery of what we know as Higgs boson. The evidence that has been viewed for what is also called the ‘God particle’ is the best evident so far. However, with the very discovery, there are speculation among scientists as to who gets to have a  novel prize for the discovery of the particle. This is quite a dilemma since lots of people since decades have been working on the whole idea of Higgs boson. Many times, scientists would work in teams in labs. Thus when it comes to finding the right person to give due credit for the particle in the form of a Nobel prize, things get pretty difficult.

The famed scientists, Stephen  Hawking, recently told BBC that according to him, the prize should go to Peter Higgs who happens to be the first person even to have theorized about this. According to rules governing the award, it can go to as many as three individuals and also to a group of scientists.

According to a historian of science at University of Wisconsin, Tom  Broman, “The problem of making awards to individuals has been exacerbated, but by no means created, by the scaling up of research projects.”

As science advances at a rapid pace, hand in hand with technology, the research projects have grown tremendously and most large-scale project make use of many scientists who work on different modules at the same time. Thus if the project culminates in a significant finding, it is hard to pin the credit on one or few of the people involved.