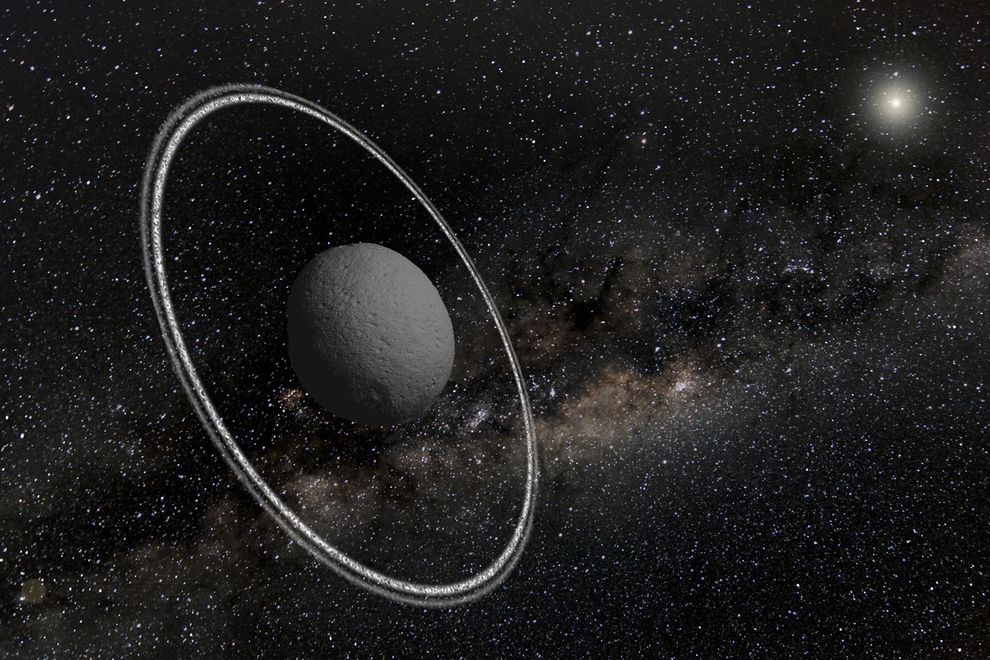 Until now, it was believed that only planets such as Jupiter, Uranus, Neptune and Saturn have rings, but that’s not true. Scientists have discovered an asteroid-like object called Chariklo that has rings too. Chariklo is fairly small — 250 kilometers (150 miles) in diameter. The asteroid-like object belongs to a class of objects called Centaurs, which orbits between Saturn and Uranus in the outer solar system and can share characteristics with both asteroids and comets.

Using several telescopes placed at seven different locations in Brazil, Argentina, Uruguay and Chile, on June 3, 2013, scientists saw that a star had been disappearing for a few seconds . This was happening because the star’s light was obscured by Chariklo. Felipe Braga-Ribas, an astronomer at the National Observatory in Rio de Janeiro, Brazil has said that discovering Chariklo was “an accident and a surprise.”

This is the first time any object besides a solar system gas giant (Jupiter, Saturn, Uranus, Neptune) has been found to have rings. However, astronomers now think that Chariklo has two flat, dense, thin rings, about 4.3 miles (7 kilometers) and 2 miles in width, with a 5.5-mile gap between them. The rings likely have ice in them. Here’s video of for you.

Scientists have published their findings in the journal Nature. Scientists believe, the discovery of the rings may clear up a mystery about Chariklo’s behavior.

Source: Nature
Thanks To: National Geography