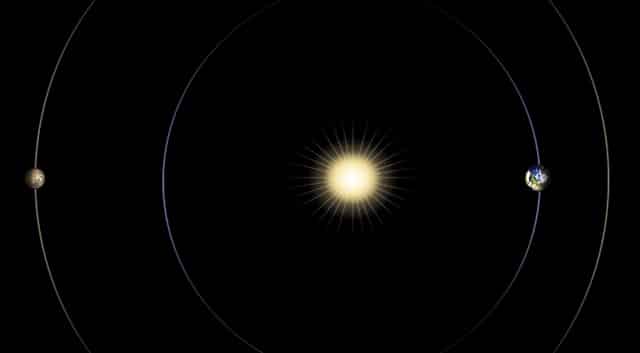 In April, red planet Mars and our beloved living ground the Earth will be exactly at the opposite sides of the Sun. NASA has confirmed that due to such alignment of the planets next month, neither mission controllers from the Earth nor the agency’s various Mars spacecraft from space will be able to communicate with each other for few days. This year during the Mars solar conjunction, Mars will pass the Sun at an angle of only 0.4 degrees on April 17, as viewed from Earth (you need solar telescope to see that). That means Mars will not be blocked totally. However, as Mars solar conjunction is going to happen for sure, so Jet Propulsion Laboratory (JPL) in Pasadena, California has decided to suspend transmissions to the orbiting Mars Reconnaissance Orbiter (MRO) and Mars Odyssey from April 9 to 26. But Odyssey will continue observations and send signals back to Earth.

Besides, Mars rovers Curiosity and Opportunity will not get any commands between April 9 and 26. But during the blackout, Curiosity will send status signals back to Earth to reassure mission control of its readiness.

Here is a video below explaining how NASA is going handle the Mars solar conjunction.

Source: JPL
Thanks To: Gizmag

Pluto – Planet Or Not? Scientists In Great Debate

Buzz Aldrin Plans On Taking People To Mars By 2035