iPad accounts for 97 percent of US tablet traffic online and the slate segment is still young and accounts for only a tiny percentage of total traffic. Apple devices have nearly dominated the world in terms of mobile web traffic and No other company has been able to cut Apple’s reign globally, but with more and more new brands like Amazon and HP surfacing in the future………… 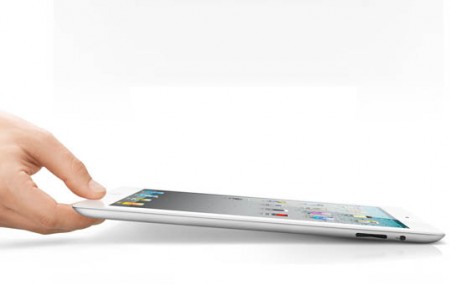 comScore Device Essentials will initially report exclusively on page view activity and is immediately available across all of comScore’s reporting geographies. The number of different reporting dimensions available in this service provides answers to a variety of digital business questions. Reporting capabilities include, but are not limited to, the following:

comScore Device Essentials sheds light on traffic patterns by device across geographies. One of the most rapidly emerging digital traffic trends occurring across many countries is the impact of the Apple iPad and other tablets. In the analysis below of thirteen countries covering five continents:

Device Essentials also provides visibility into site content category traffic by geography and device type. In the analysis below, comScore examined traffic patterns to the online newspaper category to understand how much each device type contributes to total category traffic. Among the markets studied, the U.K. had the greatest share of non-computer device traffic going to the category at 9.8 percent, followed by Singapore (8.8 percent), and Japan (7.0 percent).

comScore also analyzed the extent to which non-computer device traffic to the newspaper category was overrepresented relative to the category’s share of total Internet traffic. The results indicated that across all countries studied, with the exception of India, the newspaper category was significantly more likely than average to be accessed via non-computer devices. Brazil exhibited the highest relative skew in newspaper category traffic (Index of 316), followed by Chile (Index of 226) and the UK (Index of 184). Another important dynamic of device traffic is the division between access over mobile networks and access via WiFi/LAN networks. comScore analyzed the differences in traffic patterns between iOS and Android devices to understand these splits by network access, with the results showing that iOS phones and tablets sourced a significantly higher share of device traffic from WiFi networks than Android devices. In the smartphone market, 47.5 percent of iPhone traffic occurred over WiFi networks compared to 21.7 percent of Android phones. With respect to tablets, an overwhelming 91.9 percent of iPad traffic occurred over WiFi networks compared to 65.2 percent among Android tablets.