CBS May Soon Bring “Draw Something” To The TV Screen

‘Draw Something’ has been one of the most wildly popular apps, at least for some time. It sky-rocketed to fame after it was launched by OMGPOP, amassing more than 50 million downloads and 14 million daily users within two months of release! Zynga, the popular game-development company, thought it was probably worth purchasing OMGPOP. 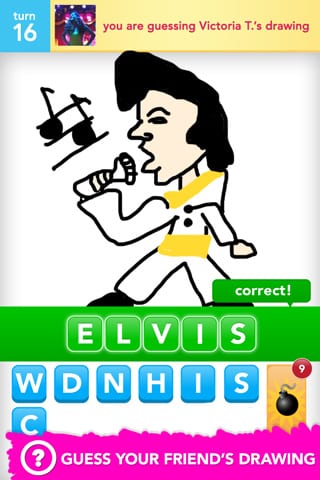 However, it seems that Zynga wasn’t in luck after all. Soon after the acquisition of OMGPOP by Zynga, the user base of Draw Something went through a steep decline,  leaving people wondering whether or not it was a wise decision after all to acquire the company.

Nonetheless, Zynga may have been able to find other ways to make money out of this acquisition. For instance, Variety is now reporting that CBS may soon be launching a pilot episode of a primetime TV show based on Draw Something.

According to the report, CBS had to outbid a number of other competitors to grab the deal, which essentially means that content producers saw some promise to the idea. Variety says that the show is planned to be somewhat like this, ‘Teams of celebrities and everyday users will test their skills in front of a studio audience to earn money and big laughs. Viewers can also play along at home for a chance to win prizes and compete with the celebrities.’

Apparently, when Zynga’s COO said that, “We think of it as a game that’s an evergreen franchise. It’s a game that will live on for years”, he may have been right if the company is indeed able to propel the idea of Draw Something into a primetime TV show.