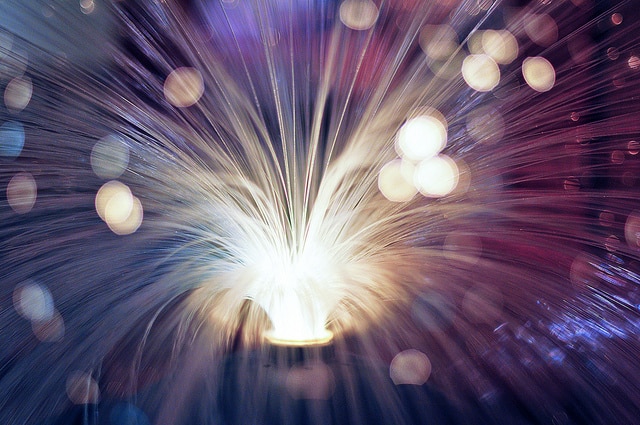 Imagine a speed for your internet so high that you are able to transfer 77 CD’s of music simultaneously on it!! And that, on an internet connection that makes use of a hair-thin strand. Well, this has just been made possible by Deutsche Telekom. The researchers at the company tested the transmission speeds under real-world circumstances and were able to hit a whooping high speed of 512Gbps on one fiber optic channel! That is just the tip of an iceberg. Deutsche Telekom is still testing this and we still will have to wait a few years probably to actually see it being implemented. But we do know now that it’s at least possible.

The test transmission was done by sending data from Berlin to Hanover and back again. The distance between the two places is 734 km. The data was sent using the company’s standard 10Gbps signals. The best part about this is that is isn’t necessarily an all-new technology. It requires the regular fiber optic. The only changes that are to be made are to the hardware which is used to send and receive signals. Whereas this test was being done on a single fiber optic channel and achieved transmission speeds of 512Gbps, if Deutsche Telekom used it’s 48-channel fiber optics, it will mean a data throughout of 24.6Tbits on a hair-thin strand of fiber optic!

So far, Deutsche Telekom hasn’t revealed what are it’s future plans regarding this test and when it may actually implement the results of this test.