Google confirmed that the Federal Trade Commission was looking into the company’s business practices and has posted a response to the U.S. government’s antitrust inquiry into the company, somewhat defiantly suggesting that the investigation is misguided. The inquiry has the potential to turn into the biggest showdown between the United States government and a major technology company. The investigation will not necessarily lead to accusations of misconduct against the company and it could become the most serious antitrust challenge for Google to date………. 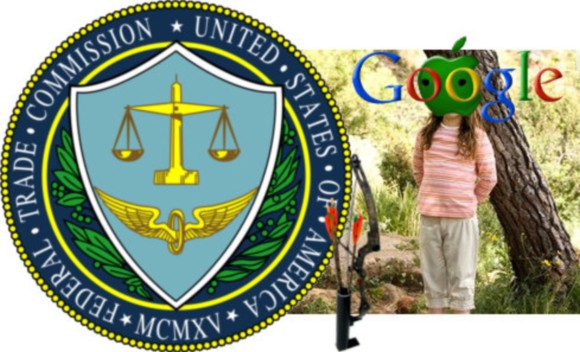 Xiaomi Mi A2: A Perfect Android One Phone

Google disclosed that the Federal Trade Commission has begun a formal investigation of its business practices and setting up what could turn into the biggest antitrust battle in the tech world since the landmark Microsoft case in the late 1990s. At issue is whether Google has used its dominant standing in search to improperly promote its products at the expense of its competitors. The investigation could represent a significant problem for one of Silicon Valley’s most prominent companies, if it results in an antitrust charge. Experts noted Thursday that the FTC brings formal charges in only a minority of the cases it investigates, but they pointed out Google already is dealing with the legal distractions of antitrust probes by the European Commission and the Texas attorney general, and that its top executives found themselves in a confrontation with Congress this week about whether to testify on antitrust matters. The Wall Street Journal reported the pending FTC action Thursday, saying the commission was close to issuing demands for evidence from Google and others. Google and the FTC declined to comment.

The FTC would not begin a “formal legal process unless they were seriously interested in pursuing this. That’s how I see it,” said Samuel Miller, the San Francisco lawyer hired by the Justice Department to prosecute its antitrust case against Microsoft in the 1990s. “I think in many ways Google is the new Microsoft, in terms of a prominent and dominant company in an important space.” Silicon Valley companies unhappy with Google‘s search practices already have spoken informally with federal regulators in recent months and would be involved in an FTC probe, according to people familiar with the matter. While Google has undergone federal antitrust reviews before, it has always been in response to a proposed acquisition or partnership, most recently Google‘s $700 million purchase of travel search company ITA Software, and its proposed acquisition of display ad firm Admeld — not around the core search business that supplies the large bulk of its revenue. An FTC investigation would be “serious. This is not an everyday thing,” said Ted Henneberry, a Washington, D.C., antitrust lawyer who has served as an adviser to both the Justice Department and the FTC. “From my viewpoint, if I put all this stuff together, I would be hard pressed to say they are going to get out of this altogether,” said Henneberry, referring to Google’s multiple antitrust and privacy problems in the U.S. and Europe.

The government’s case against Microsoft began in 1991 with an FTC inquiry. The Justice Department took over and filed an antitrust suit against Microsoft that ended with a negotiated settlement in 2001. Experts said it could take several years for the FTC to gather enough evidence to decide whether to file a formal antitrust complaint. Other experts predicted the agency would have a hard time finding the evidence to support such a charge. An investigation also could be resolved by a negotiated settlement. “There is really not much evidence that consumers are harmed in any respect by Google’s conduct,” said David Balto, a senior fellow at the Center for American Progress who is a former policy director of the FTC. “To put this in perspective, you need to know that the FTC brings cases in about one of every 10 matters that they open.” As a public company, Google would be required to disclose any investigative demand it receives from the government. In a November blog post in response to the European Commission’s decision to open an antitrust investigation, two Google executives defended the company’s search dominance. The FTC has been vying with the Justice Department, which oversaw the antitrust case against Microsoft for jurisdiction over any Google probe — an internecine competition widely reported in Washington circles. While a Justice Department antitrust case would play out in federal court, an FTC antitrust charge would be heard before an administrative judge within the agency.