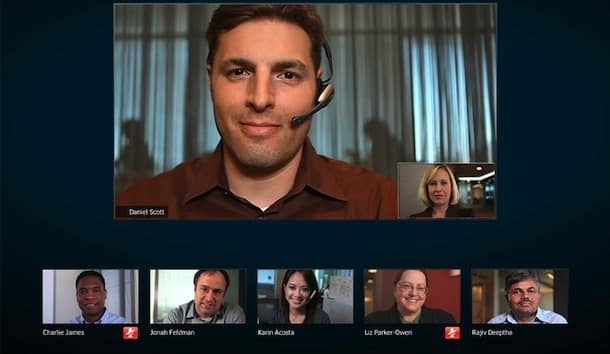 Cloud computing has fast become a popular concept, not only with the common consumers but also with the corporate entities. Given the flexibility and space offered by cloud storage, it is not a wonder that it is a catching fever right now. In a recent conference, Cisco executives discussed new ways of offering cloud-based services, for instance by coupling it with the offerings of different wireless carriers. Cloud computing, in a way, can be useful in all spheres of technology. It is a way of not only storing data to remote servers and then accessing it when needed, but also to make use of a number of services which are not natively available. And it is the latter part that Cisco intends to leverage in its proposed plans.

The company has revealed intentions of working closely with other carriers in order to expand the scope of its offerings. While Cisco could offer them directly, it would require the company to undergo a lot of regulatory scrutiny which it doesn’t seem willing to undertake. The alternative, which of partnering with carriers and then offering its cloud services through them, sounds like a very workable idea.

According to Cisco execs, ‘We don’t want to be in the carrier business, but we do want to provide services through partners.’ Moreover, offering cloud-based services through a carrier also adds a certain sense of flexibility to the offering.

For instance, Cisco execs cited their contentions about countries like China and Russia where the companies making use of cloud services want a greater control over their data and wouldn’t exactly like the idea of using the cloud storage services of a US-based entity. Offering these services through local carriers, though, may be the right way to go about it.

This is indeed a novel idea and can define the next big step for the cloud industry. By offering their services through local carriers, companies offering cloud-based services do have a significant scope of expansion.