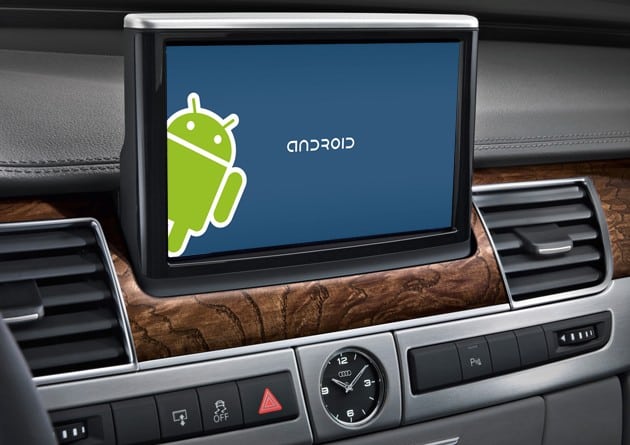 Earlier we have seen Ferrari unveiling iPad Mini equipped hybrid car. Later, Apple and Ferrari were in talk for bringing more “in-car entertainment” inside that supercar. However, now it’s been reported that internet search giant Google has joined hands with German automobile manufacturer Audi to develop in-car entertainment and information systems that would function on the search giant’s Android operating system. Apple has so far signed up with many automakers including BMW, Honda, Mercedes, Nissan, Ferrari, Hyundai, Kia, and Infiniti to integrate more iOS features into their cars. Apple’s iOS equipped cars are being made in such a way that users will be able to integrate their iPhone with their car’s onboard receiver or ‘infotainment’ system. According to reports, Apple’s infotainment system for cars may kick off in 2014 and some iOS equipped 2015 model cars will be seen later that year.

Keeping that in mind, Google has joined hands with Audi for bringing on-board Android inside the cars. But CNET has reported that unlike Apple’s OS, which requires an iOS device, the Google’s Android-power system would run on the vehicle’s built-in hardware. Many people are speculating that, both companies aim to bring in-car integration of music and navigation apps currently available on smartphones. No doubt, such collaboration between Google and Audi will challenge Apple’s iOS equipped cars.

It is expected that the partnership between Google and Audi will be announced at the CES 2014, one of the biggest, renowned electronics and technology trade show, where companies unveil their cutting-edge products. Note that, the CES 2014 is going to take place from Jan 7 (Mon) to Jan 10 (Thu) in Las Vegas.

Students To Get Windows Devices For Under $300, Thanks To Microsoft’s $1 Billion Donation