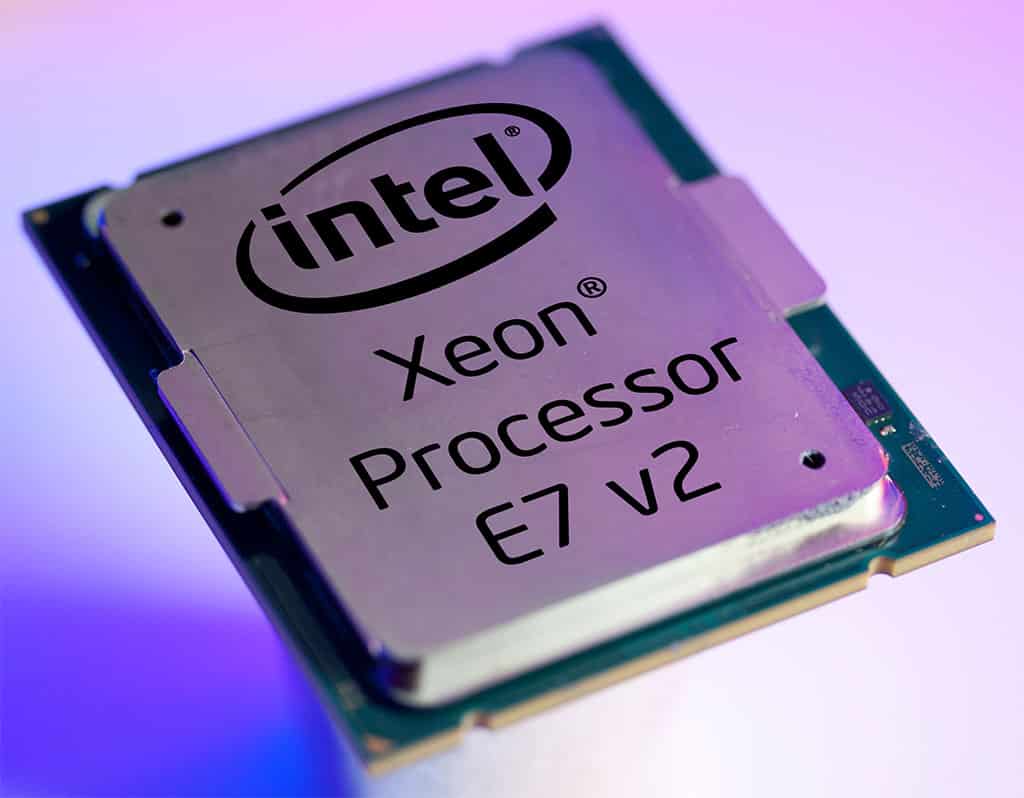 Intel has upped the ante on server processing by unveiling the new Xeon E7 v2 line-up. This latest line-up debuts with up to 15 cores, allowing the chips to crunch immense amounts of data in a wink. The company lifted the wraps off the new family of chips at an event this Tuesday. These processors are meant to fully support 32-socket servers by offering a capacity of up to 1.5 terabytes of memory per socket. Since these chips are based on the Ivy Bridge microarchitecture, they are code-named Ivytown.

Not only do the Xeon E7 v2 chips offer far better processing speeds, they are also more power efficient. They run at clock speeds ranging between 1.4GHz and 3.8GHz and despite huge amounts of data crunching being done in real time, they consume a power between 40 watts and 150 watts, depending on the kind of tasks they are performing.

For a comparison with with Intel Xeon E5 v2 server chips which the company released in third quarter, these new Xeon E7 v2 chips are able to handle two and a half times as much memory bandwidth and there’s a 4X improvement in their I/O capabilities. One key feature that is part of the E7 line-up is that these chips pack 37.5MB in cache. This ensures that in-memory applications get a very significant performance boost.

The new offering clearly shows that Intel is targeting its server-end offerings at the increasingly greater needs of organizations to tackle big data. The chips will be meant for data-intensive sectors such as finance where immense amounts of data need to be crunched as quickly and as efficiently as possible.

The big data industry is projected to reach a whopping $32.4 billion by 2017 and Intel stands to gain a lot from this explosive growth if it is betting its chips right.

Dell seems to be weighing in on Intel’s side and has already announced the new PowerEdge R920 server which will pack the Xeon E7 v2 chips. The PC industry giant is not shying away from claiming that the new Intel chips ensure that this new server offers unprecedented high processing speeds and will support up to 6TB of memory. HP is also planning to use these chips while Asus, Cisco, Lenovo and EMC are on board with Intel.

Virginia Atlantic Will Now Use Google Glass For Rich Customers