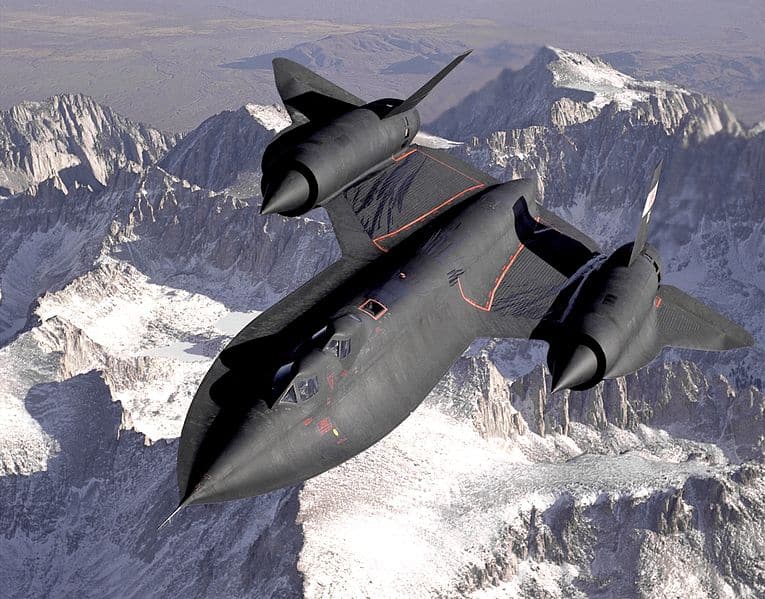 The Lockheed SR-71 Blackbird was developed as a black project from the Lockheed A-12 reconnaissance aircraft in the 1960s by Lockheed and its Skunk Works division. During reconnaissance missions, the SR-71 operated at high speeds and altitudes to allow it to outrace threats. If a surface-to-air missile launch was detected, the standard evasive action was simply to accelerate and outfly the missile. Since 1976, it has held the world record for the fastest air-breathing manned aircraft. The SR-71 served with the U.S. Air Force from 1964 to 1998. A total of 32 aircraft were built; 12 were lost in accidents, but none lost to enemy action. The last SR-71 Blackbird was crashed in 1998.

However, lately Lockheed Martin’s Skunk Works has revealed that it is building SR-72, the successor to the SR-71 Blackbird. The company will use a new hypersonic engine for SR-72 that combines turbines and ramjets. Each engine shares combined inlets and nozzles connected to two very different powerplants as a way to significantly reduce drag. The upper engine is a turbine, which is used to power the SR-72 as it takes off from a conventional runway and accelerates it to Mach 3. Then the lower dual-mode ramjet takes over and accelerates the plane to Mach 6. This unmanned SR-72 will be able to move two times faster than its predecessor, SR-71.

Brad Leland, Lockheed Martin program manager, Hypersonics has said, “Hypersonic aircraft, coupled with hypersonic missiles, could penetrate denied airspace and strike at nearly any location across a continent in less than an hour. Speed is the next aviation advancement to counter emerging threats in the next several decades. The technology would be a game-changer in theater, similar to how stealth is changing the battle space today.”

The SR-72 program is meant to dovetail with the Pentagon’s hypersonic research and weapons programs, which has dictated the timetable and many design parameters. In other words, the SR-72’s purpose is to provide the United States with not only a hypersonic recon platform, but also a strike aircraft as well.