Rhapsody has just announced that it plans to acquire Napster and the deal is expected to be complete as soon as the end of November. Rhapsody president Jon Irwin said that the deal will further extend Rhapsody’s lead over our competitors in the growing on-demand music market and this is a go big or go home business, so the focus is on sustainably growing the company. Rhapsody said it would release its total subscription numbers when it completes the Napster absorption and the original Napster peer-to-peer service, founded in 1999, began a decade of rampant file sharing that left the industry badly damaged………………….. 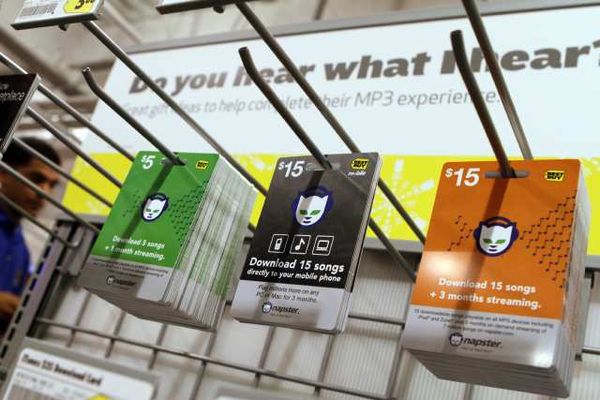 Rhapsody, the nation’s largest premium on-demand music service announced that it has signed an agreement with Napster, a unit of consumer electronics retailer Best Buy Co. Inc. Under the terms of the agreement, Rhapsody will acquire Napster subscribers and certain other assets, and Best Buy will receive a minority stake in Rhapsody. The transaction is expected to close on or around November 30, 2011. “This deal will further extend Rhapsody’s lead over our competitors in the growing on-demand music market,” said Jon Irwin, president, Rhapsody. “There’s substantial value in bringing Napster’s subscribers and robust IP portfolio to Rhapsody as we execute on our strategy to expand our business via direct acquisition of members and distribution deals.” The transaction will combine the subscriber bases of the two largest premium on-demand music services in the United States and will allow Rhapsody to further enhance its product line to deliver even more value to its members. “Rhapsody has demonstrated that it has what it takes to build a profitable business in the increasingly competitive on-demand music market,” said Chris Homeister, senior vice president and general manager of entertainment for Best Buy. “We are confident they are the right partner to provide Napster’s existing subscriber base with an immersive digital music experience moving forward.” “This is a ‘go big or go home’ business, so our focus is on sustainably growing the company,” said Irwin. “We’re excited to welcome Napster music fans to the best on-demand music experience anywhere. Our new members will have more places to connect to the music they love and to discover new favorites, guided by Rhapsody’s rockstar editorial team and the tastes of other Rhapsody members via our innovative social features.” To learn more about Rhapsody, please visit www.rhapsody.com/plans.

Sprint To Buy $20 Billion Worth Of iPhones

Amazon Due To Launch Music Streaming Service This Summer