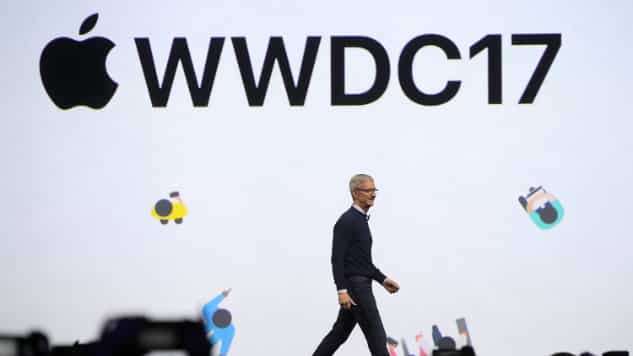 Every year Apple arranges to surprise us with lots of major updates, software and product in WWDC annual event. So the wait has over. Apple’s annual Worldwide Developer Conference (WWDC) was held on monday, June 2017. MacOS 10.13 High Sierra, iOS 11, ARKit, iPad Pro, HomePode, watchOS 4 and iMac Pro with 128GB RAM and more.

Here are all the remarkable highlights from the WWDC 2017 event.

Now you can delete conversations from any device if you are under the same account. Because it synchronized it to iCloud. iMessages will be connected in the iCloud. You can also receive and pay payments in iMessages. You don’t need any extra app.

They improved photo capture with better low-light imaging and have the ability to edit live photos. Also made improvement in 3D Touch for best control.

And the last one “Automatic Turns on do not disturb” mode. It will prevent you distraction when you are driving. Apple announced the most powerful Mac ever. iMac pro comes with 5K retina display. 8-core Intel Xeon processors and it is upgradeable up to 18-core. The most exiting thing it has 126GB ECC RAM. They also upgraded the iMac Desktop. It has now ratina display with 80% faster graphic boost. The Price of iPad Pro is $649 and will start shipping from later next week. Apple announced a new product called “HomePod” which was rumored as “Siri speaker”. It is Apple’s digital assistant which is similar to “Amazon Echo” and “Google Home“. In first impression it is a normal speaker but also has Siri for play music, control HomeKit devices like light bulbs and thermostats, News, Reminders, Podcasts, Translation, Weather, Traffic etc.

The Price is $349 and will start selling later this year. The upcoming macOS is named as “High Sierra”. They made some changes in safari, photos and mail app. Now it will support for High-efficiency video coding for video standard which will reduce video size and save up storage up to 40%. The update will be live later this year. Also made some changes in Apple system file which significantly improves system performance and reduces chances of data loss. The watchOS 4 for Apple watch will get update with better Siri integration, new Siri watch face, all new better interface for the workout, the high-intensity interval for heart rate sensor. Also changed the recently opened apps with dock layout to scroll.

The Siri watch face will give you dynamic nuggets and contextualize information like Traffic updates, Activity of data app, news updates etc. Apple announced a new immersive app with “ARKit” which can be used to develop augmented reality apps on iPhone. This kit has motion tracking, planes finder, ambient lighting and estimating scale. Without buying external hardware you can easily develop immersive apps. Apple made changes the 13-inch and 15-inch Macbook Pro with new “Kaby Lake” 7th-gen Core processors with faster graphics. The MacBook Air updated to 1.8 GHz processor. The old one was 1.6 GHz processor. So it is small but useful changes. Do You Know, How Many People Uses Gmail And Google Apps Now?