Sprint Will Pay $1 Billion To Use Clearwire 4G

Sprint has agreed to pay Clearwire at least $1 billion for the use of its 4G network through 2012 and the relationship between the two companies amid disputes over how much Sprint should pay for renting service from Clearwire.Sprint rents use of Clearwire’s network  and the two have been duking it out for months over just how much that service is worth……… 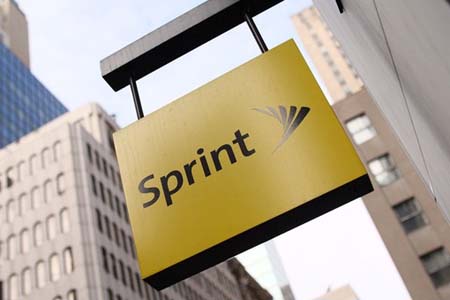 Sprint Nextel and Clearwire announced an amendment to their long-term agreement that establishes new wholesale pricing terms and provides Clearwire a minimum of $1 billion from Sprint to be paid during 2011 and 2012 for 4G wholesale services comprised of minimum usage commitments of $300 million in 2011, $550 million in 2012 and $175 million in pre-payments for 4G wholesale services to be used in 2011, 2012 and beyond. The parties expect the agreement to continue to drive the growth and collaboration of both companies strategic 4G initiatives.“We are pleased to reach this wholesale pricing agreement with Clearwire,” said Dan Hesse, Sprint CEO. “We look forward to working with them under this new agreement to provide an expanded offering of 4G capabilities and solutions for Sprint customers.” “Sprint has been our biggest and most important customer and partner since we launched 4G services in the U.S. more than two years ago,” said John Stanton, Clearwire’s interim CEO. “Today’s agreement further aligns Sprint and Clearwire’s interests and lays the foundation for a continued, constructive relationship. We are pleased to have the resources and partnerships necessary to maintain our 4G leadership and leverage our significant spectrum and capacity for delivering mobile broadband services.”

In addition to Sprint‘s commitment of $300 million in 2011, $550 million in 2012 and the prepayment of $175 million, the companies reached an agreement regarding wholesale pricing for Sprint devices that operate on both Sprint‘s 3G network and Clearwire’s 4G network. This includes smart phones such as the award-winning HTC EVO 4G and Samsung Epic 4G and other dual-mode devices like the newly introduced Novatel Wireless MiFi 3G/4G Mobile Hotspot 4082. The agreement includes usage based pricing and volume discounts and is aimed at aligning the interests of both companies to enable growth for customers using smart phones and dual-mode devices. The agreement also includes minimum payments per 4G device.Clearwire and Sprint also plan further collaboration to expand Sprint’s capability to offer customized solutions using 4G technology. This is expected to allow Sprint to better serve its target enterprise and government customers with mission critical wireless broadband solutions both for mobility and local area network applications and expand its Machine-to-Machine (M2M) solutions for large and small businesses.

The agreement also expands the mutual re-wholesaling rights whereby both companies can resell the other’s respective 3G and 4G networks to other parties. The agreement is expected to open up new market segments for both Sprint and Clearwire to both jointly and independently pursue.The long-term partnership between Sprint and Clearwire has been one of the most productive in the U.S. wireless market. Together, the two companies deployed the first true 4G network in North America, leading the wireless industry’s rapid progression to a mobile broadband future while making 4G a household word. The Clearwire 4G network is backed by some of the leading companies in telecommunications and technology, including Comcast, Time Warner Cable, Intel, Google and Bright House Networks. With flexible all-IP network architecture and substantial wireless spectrum depth, the Clearwire 4G network is well positioned to continue serving the company’s customers and wholesale partners’ demands for fast, reliable, high-capacity mobile broadband service across the U.S.