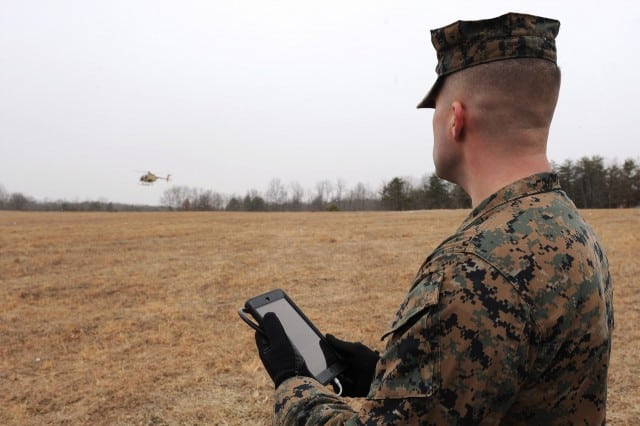 While Amazon is still in the process of dreaming a future where drones will deliver goods, US military is already making use of such technology. The tech behind US military’s futuristic drones is called Autonomous Aerial Cargo/Utility System (AACUS). AACUS has been developed by US Office of Naval Research. The technology is experimental but has been actively used in battlefield, specifically to deliver cargo in Afghanistan. This involved using two K-MAX helicopters which were at the service of the US Marine Corps to have cargo delivered.

K-MAX helicopters are able to carry 2,500 kg each. Typically, this cargo is hung underneath the helicopter with a 25-meter cable. The drone technology enables the K-MAX birds to sense the power lines, the trees as well as any other objects in the air. They typically have to survey an area for a landing and are usually guided by a human instructor at the landing site.

So far, the two K-MAX helicopters being used in Afghanistan have been used successfully to deliver thousands of tons of supplies. Despite being unmanned, these helicopters can fly for many hours at end and in different types of weather.

The unique thing about ACCUS is that it can be attached to different kinds of helicopters. For instance, the technology can be fitted on to the older helicopters, juicing some extra value out of them by letting they fly highly important cargo missions in dangerous situations. In simpler words, AACUS is ‘platform-agnostic’ and can run atop many different aerial vehicles.

Although AACUS is fully automated, it comes with the check of human oversight. The system keeps a two-way communication at all times and can be controlled by an operator through a simple tablet interface.

Another impressive feature of ACCUS is its use of low-cost sensors which are highly effective and allow a helicopter to discern many tiny details along its flight path. Currently, ACCUS can navigate an unmanned helicopter to landing in bad weather. The ambitious and planned future of this technology is to enable a helicopter to land on a makeshift landing or a rough terrain, during extreme weather conditions.

Currently, AACUS-enabled helicopters are being used to deliver cargo and supplies to specific sites. However, once the technology advances sufficiently, more important ‘supplies’ such as people or casualties can be flown away from a battlefield with the help of AACUS. Not only that, we may even see business applications of the tech, much like Amazon’s Jeff Bezos has envisioned.