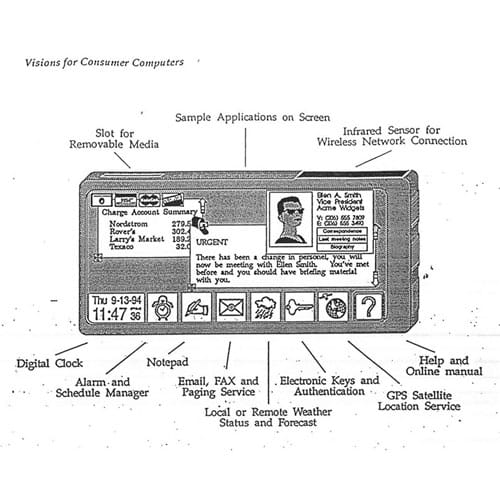 The notion of smartphone has swept the world off its feet. The magic of a tiny phone-like device that can performs the functions of a computer has lured millions and naturally, is the most-sold gadget in the tech world right now. Whereas Apple is credited for making smartphones popular, it has been revealed that Microsoft came up with the notion of a smartphone as far back as 1991. The thing about Steve Jobs was that when he found something interesting, he went right for it. He didn’t think whether or not people would like it or that will it be a hit. If he liked it, he wanted to work on it. And that is perhaps why Apple has been such a successful company ever since he rejoined it.

Microsoft, however, did come up with the idea of a smartphone-like device in 1991. This has been revealed by the former CTO at Microsoft and founder of Microsoft Research, Nathan Myhrvold. According to him, he was the one who came up with the idea of a phone-like device that could perform a lot of functions such as take notes, have GPS Satellite Location service and enable the user to access his email and more.

But Microsoft didn’t pursue the the idea since it didn’t seem financially feasible. The company felt that it would be too costly and dropped it, although it would have cost Microsoft $400 to $1000 back then.

A year later, though, IBM came up with a similar device called IBM Simon which is now considered the first ever smartphone. Nathan, naturally, seems to have some regrets over taking a pass at the idea and says, ‘Microsoft certainly could have done more about it. One of the greatest things that Apple and Jobs were very good at doing was daring to do the very different thing.’

Spotify Opens To All In US

Apple Vs. Samsung: Latest Updates On The Patent War