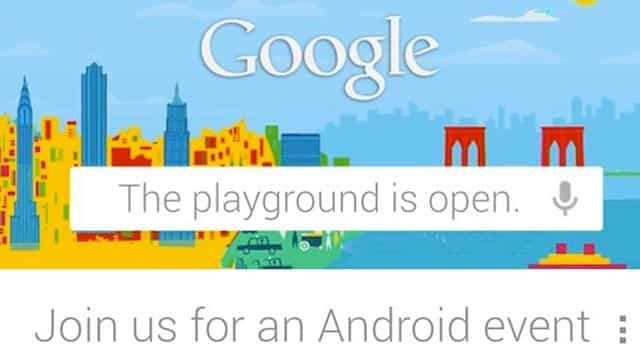 On Monday, October 29th, Google will host an event in New York where it is expected to unveil a few anticipated products. Ahead of the event, rumors have speculated Google will take the wrapping off a Nexus 4 phone, Nexus 10 tablet, and reveal an upgraded edition of the Nexus 7. Along with that, uplifting anticipation has led many to believe an Android 4.2 operating system will be announced. There is much to be excited about and we’re going to provide a full overview of possible event-related launches. Google’s event coming up on Monday is expected to be the company’s largest Nexus unveiling under a single roof. We’re pretty knowledgeable of what Google will launch next week, but maybe they have something up their sleeve like Apple did with the fourth-generation iPad?

LG Electronics will launch their first Nexus phone at the Google event Monday. It will be called the Nexus 4 and has thus far generated hundreds of rumors over the past few months. A review of the unreleased Nexus 4 actually hit the web last week.

Based on a few leaks, the Nexus 4 will share plenty of similarities with the Galaxy Nexus design. A few internals that may surface are 8 GB storage, an 8-megapixel camera, 2 GB of RAM, and chipset based on the Qualcomm Snap Dragon S4 CPU.

The Nexus 10 would be a tablet aimed at taking over the iPad market share. Samsung is expected to make this 10-inch tablet expected to release in the first half of 2013. If you need more proof that the Nexus 10 is coming, a Nexus 10 tablet manual purportedly leaked yesterday.

The Asus Nexus 7 is the best-selling Nexus device of all-time and it’s expected to receive an update at Monday’s event. Rumors have indicated that Asus and Google have been working on a 32 GB storage option for the tablet. One customer who ordered a 16 GB variety of the Nexus 7 received a 32 GB model earlier this month.

Google may just push out Android 4.2 at the event too. All devices that are announced at the event will supposedly receive instant access to the operating system. Contrary to belief, this will be an update to Jelly Bean, not Android’s next OS “Key Lime Pie.”

Suspicious Behavior Will Be Detected By New Surveillance Cameras