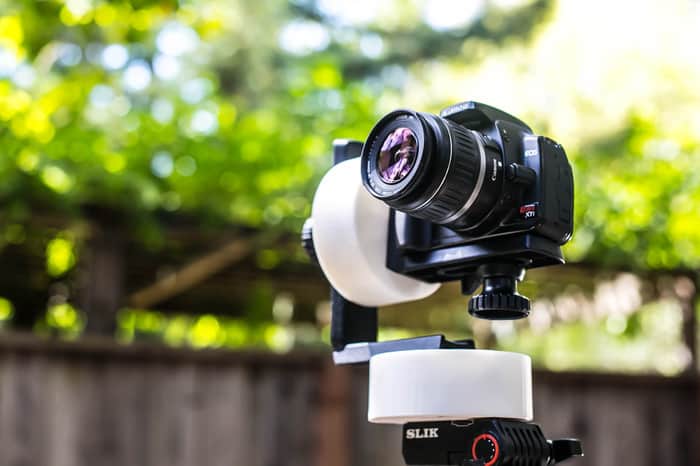 If you are a photographer, you probably know about time-lapses. Time-lapses are a series of photos taken at a lower frame rate than that used to view the photo sequence; so that when they are viewed, it seems like time is moving faster and thus lapsing. Time-lapses are quite popular among professional photographers and now, a new Kickstarter project offers an excellent tool to capture creative time-lapses with ease. The project is basically about ‘Radian.’ Radian is a small, cylindrical, motion time-lapse device. You can easily fit it up with your DSLR or even your smartphone and start shooting a time-lapse right away. It provides a steady rotational motion for your camera, the speed of which you can easily control.

Control via iOS/Android app
The most beautiful thing about Radian is that you can control it via an iOS or Android app. All you have to do is connect your smartphone to Radian, launch the app which offers you a lot of options to tweak Radian’s motion, and then unplug the smartphone. You don’t need to keep your smartphone connected with it all the time. Once you save the settings on the app, you can remove your phone and Radian will continue working independently.

With the help of this nifty device, the possibilities of creating time-lapses become endless. You can use two Radian devices in combination to achieve rotation along two axis. Or you can even connect it to your smartphone to capture a time-lapse on it.

Battery life is another critical issue for photographers. To resolve this, Radian comes with a USB port which can be used to charge the device using an external power pack. With extra power packs, you can continue using the device for days.

Radian works perfectly well with a range of cameras including DSLRs. In fact, its good to go with any camera which has a trigger-release input. Another highlight of this device is that it is very affordable. You can lay your hands on it for a mere $125 if you are among the first 150 backers in Kicksarter. The rest of the users can get it for $150, once it releases (That could be in December 2012.). The video posted below very aptly demonstrates the true power of Radian.

If you are interested to back the project, then head over to Kickstarter.