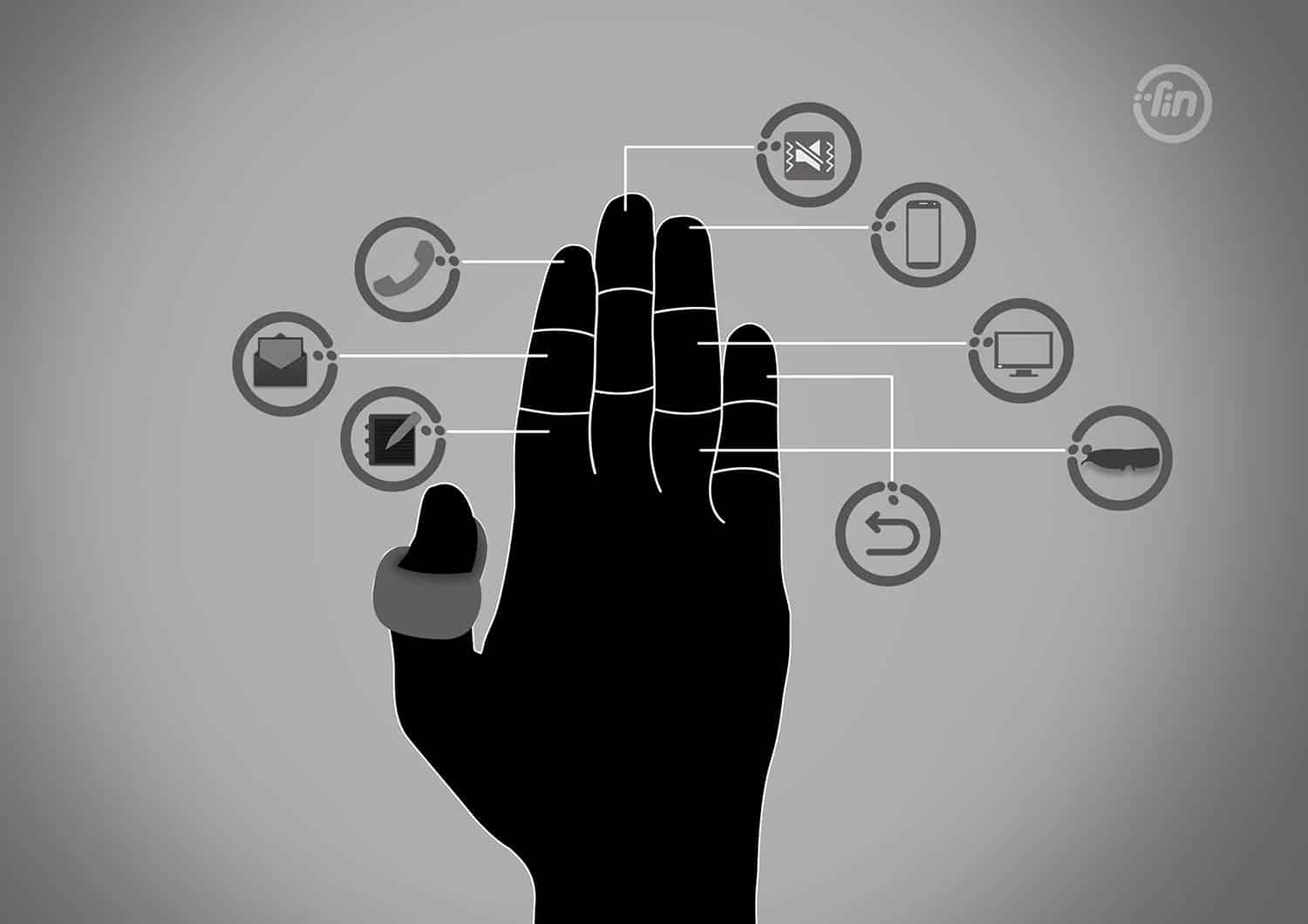 There are many people who look for such a technology that will allow them to control things with simple swipe and tap.  And that’s the moment they can think of Fin, a real life trendy gadget which you can wear on the thumb and make your whole palm as a digital touch interface.

According to Fin website, the wearable ring can uniquely recognize each segment of your fingers being used and can convert your palm into a numeric keypad. Being a Bluetooth enabled device, Fin can connect to three different digital world gadgets like smartphones, Smart TVs, Automobiles, and Home automation devices providing multiple device compatibility. It can read different gestures from the users palm and its corresponding values control connected devices. That’s not all. You can click pictures using taps, listen to music and do more. You can even play games via swipes without the need of joystick. The gadget can control the volume of a TV, let users’  text or dial a number without the need of touching the smartphones. The battery of the fin can last up to a month on one charge if it’s at my power saving mode and it is used for eight hours a day. Here’s a video of Fin.

Ever Imagined Installing Pipelines With Helicopters? A Startup Did