Now a days, drones have become much popular. In fact, now drones are being used in delivering cake, delivering newspaper, monitoring Rhinos for protection, catching those vandals who deface German trains and many more sectors. But lately, police have arrested 4 people for using drone to deliver contraband to inmates. 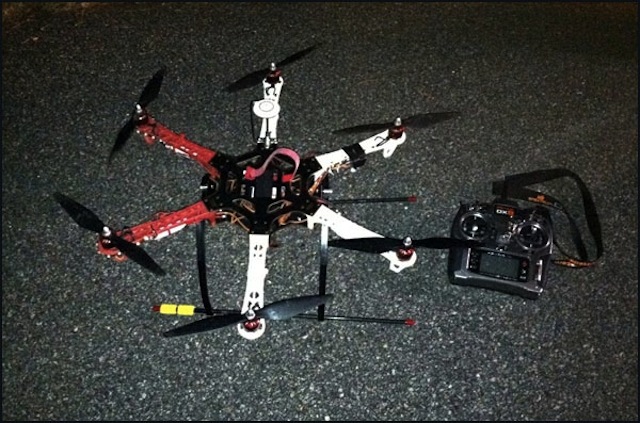 According to police, alleged four people named Marc Lee Circle, Angel Omega Thomas, Aaron Clint Foster, and Donovan Aaron Johnson in Calhoun County, Georgia, used a six-propeller equipped mini-copter to drop illegal tobacco into a nearby Calhoun State prison yard. They controlled the drone from some woods nearby. They used binoculars to navigate the drone over the prison’s fences.

[Video] Drone Taking Off From Another Drone

But unluckily, a prison guard noticed the copter hovering over the yard. When the guard went to investigate he discovered that the drone had already dropped two packets of rolling tobacco which weighs at least one pound. When police acme, they suspected a car and later found that the drone was inside a car parked a few streets away.

To some people it may seem like a mild crime, but WALB News has reported that delivering contraband to a prison is an extreme crime for which each accused persons could face 20 years in prison. The very interesting thing is still now it is unclear why four people were needed to operate the drone.

Freedom Ship Is A Self-Sufficient Mile-Long Floating City, Will Cost $10 Billion To Built

[Deal] Amazon Offering 30% Off On All Books For Limited Time

Drone Survival Guide: A Guide That Helps Anyone Detecting Killer Drones And Hide From…