Humanoid robots are getting smarter than before. Now, researchers have made PIBOT, a tiny humanoid robot which is now learning to fly real airplanes!

PIBOT is a small, very low-cost humanoid (actually a Bioloid Premium from Robotis). It’s been slightly modified to be able to work the controls of a scaled-down, simulated aircraft cockpit, as in the pic above. PIBOT is able to identify and use all of the buttons and switches and stuff that you’d find in the cockpit of a normal light aircraft designed for humans. 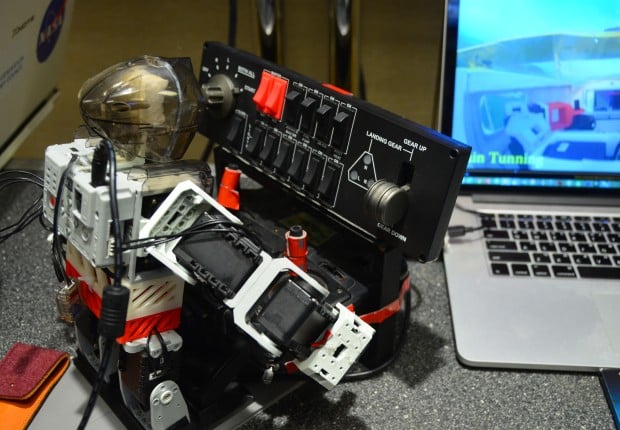 Most of the inputs of the robot come from the simulator itself (roll, pitch, yaw, airspeed, GPS location), although the robot does use vision for some things, like identifying the runway using edge detection. And that’s why, according to the researchers, “PIBOT can satisfy the various requirements specified in the flying handbook by the Federal Aviation Administration.” You can see PIBOT rocking a simulation in the video below.

For more details of this humanoid robot, you can click the link given below.

Facebook Heard To Be Charging Users $2.99 Per Month, It’s A Hoax

Alpha 2: Bring The First Humanoid Robot For Your Family