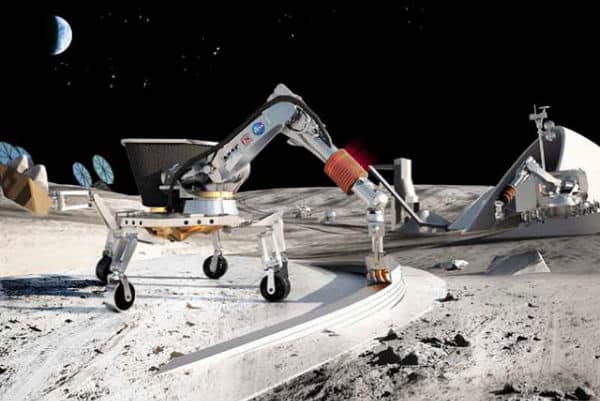 NASA knows that Netherlands-based startup Mars One mission organizers have planned to send humans to Mars in 2020s and set the first human colony on Mars in 2023. This mission to Mars is one way human mission. It means, the people of Mars One mission heading towards Mars will never come back to Earth, rather they’ll stay on Mars. But before sending any people to Mars, Mars One organizers have planned to send an unmanned Mars Lander mission in 2018 which will be broadcast live. On the other hand, although NASA has now pretty much clear vision of Mars, thank to its rovers Curiosity and Opportunity, but that’s not enough. It would have been better if the space agency had 3D infrastructures of Mars. Understanding the importance of 3D infrastructures of Mars, NASA has planned to build and send robots to Mars to build roads, landing pads and hangars before human settlers arrive in 2024.

NASA engineer Behrokh Khoshnevis from the University of Southern California has been working with a new method of construction called ‘contour crafting‘ which allows robots to 3D-print huge concrete objects such as buildings.

According to Khoshnevis, the technology is “ready” but adapting it to Mars has posed some unusual problems, like where would the concrete come from?

Source: NASA
Thanks To: FastCompany

Cheetah-Cub: A Robot That Can Run Like A Cat