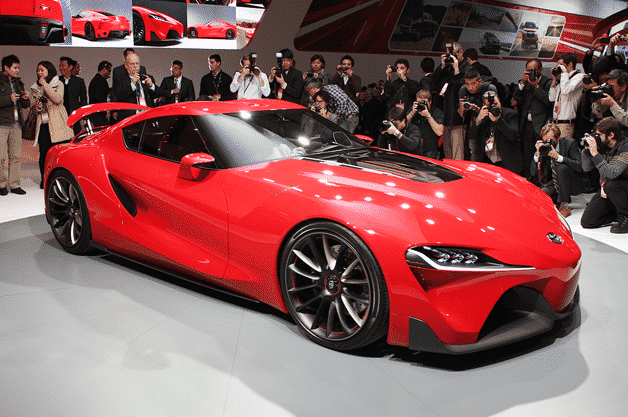 We all know that at the car shows, futuristic; conceptual and many new cars with innovative design and advanced tech are unveiled. However, at 2014 Detroit Auto Show, car maker Toyota unveiled the concept of its new and amazing designed FT-1 car. Toyota FT-1 is a sports car and it has been developed by the Toyota’s Calty design studio. FT-1 stands for “Future Toyota,” with the “1” representing “the ultimate expression of a Toyota coupe design.” However, the FT-1’s exterior is a mass of swooping body lines, muscular bulges and flowing design, especially the near seamless integration of the speed-deployed retractable rear spoiler. On the other hand, the FT-1’s inside follows the outside’s functional aspirations with dedicated track focus with soft-touch areas only in the spots where the body touches. The concept’s color head-up display is shown on a piece of glass in front of the steering wheel instead of the typical way of projecting on the windshield. At present, there are no technical specifications for the concept. Toyota has just said that you can assume it’s powered by a “high-technology, high-performance internal combustion engine.” You may think you’re looking at an engine under the transparent hood, but it’s an engine cover Toyota leaves ambiguous to allow the onlooker’s imagination to determine its powertrain.