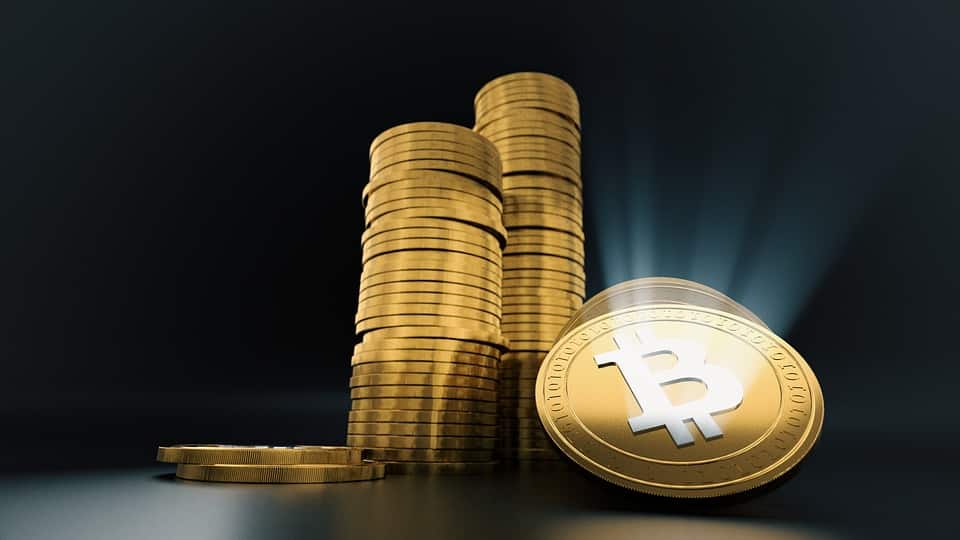 The world is going crazy over Bitcoins. People have taken Bitcoin Mining as a profession. In the mid-December of 2017, we saw Bitcoin’s value rise to 20,000USD. Sadly, it didn’t hold that value for long. On 24 January 2018 (03:00 UTC, Wednesday) at the time of writing this blog Bitcoin was worth  $10,771.40. But that’s not the question. The question is, are you ready to capitalize on the next time this value booms using the Bitcoin mining basics?

What is bitcoin mining?

Bitcoin is a peer to peer transaction method. You can get your hands on some Bitcoins by following any of the two methods- buy them, or mine them. The first one is simple. You pay hard cash to obtain Bitcoin which is stored in a Digital Wallet. Secondly, you can contribute to verifying transactions and in that process earn Bitcoins. How much Bitcoin you will earn depends on how much computation power you put into it. In the process of mining Bitcoins, you will get newly issued Bitcoins and also the transaction fees that come with it.

What is the benefit of mining?

The only benefit from mining Bitcoin is the reward you get for solving a cryptographic hashing algorithm and the transaction fee. The beauty of solving these problems is that you need to know the answer to the previous block to solve the next block in the chain. This ensures security. Don’t worry.  These puzzles are not meant to be solved by humans. You can now get special hardware from the market that is built for only mining.The mining hardware picks transactions from the network. This transaction comes with a fee which is included in the final reward. Difficulty value is also added to the final reward. The hashing algorithms get mathematically difficult to solve with a view to keeping the release of blocks into the network somewhat constant.

Bad-news for the gamers

People have discovered that they can mine Bitcoins more efficiently if they use a system with high graphics power.As the demand for the high-end graphics card is increasing, so is the price.  And graphics card producers are seeing this rush as a great opportunity to make some extra cash.

The mining norm before 2013

Before the ASIC Chips took the stage, people used GPU and FPGA to mine Bitcoin. at that time the hash functions were not that difficult. People used to mine part-time. The buyers of this early GPU and FPGA were gamers. They would use their machine to mine bitcoin when they were not gaming. As the mining can be automated using software, no one needed to oversee the machines working.

Even then you could burn your system by engaging in intensive mining. At that time they could easily tweak the mining software to match the power of their machine so that it wouldn’t explode.

At the beginning phase, there were no huge data mining warehouses. Individuals were fighting over mining. But now you won’t believe what you will find on Google. Go and search for “Bitcoin mining Rigs” on Google and then come back.

Did you see what people are doing? People have installed hundreds of ASIC chip built mining hardware to mine as many Bitcoins as possible as long it is available. Some of the mining rigs look like spaceships.

Avalon was the first company to produce ASIC Chip built miners and sell to the public. It came with 60 Ghps. In early 2013, you could earn up to 15BTC per day with this hash rate. Compared to today’s standard you can get only 0.0007 BTC with this hash rate. This will require 600 watts of power. Once you take the electricity requirement into the equation it turns into an unprofitable scheme.

What to look for when buying a mining hardware?

Th/s and W/GH. Th/s represents the hashing power of your miner. The higher the hash rate the more powerful your miner is.

W/GH represents the efficiency of the mining rig. The mining rigs require electricity to run and this amount can be really high. This adds up to the overall cost of running a mining farm and it can take a major portion of the revenue.Getting a mining hardware with good hash-rate and a low W/GH rate is the best practice.

What equipments would you need?

You will need special hardware for mining Bitcoins. Using your PC is not a bad idea, but only use this method if you have strong video processor card. However, using your laptop to mine Bitcoins is not at all a good idea. Due to the huge amount of heat released in the process of mining Bitcoins you may damage your laptop beyond repairment.

The Antminer s9 is the most powerful mining tool available today in the market. Along with the miner hardware, you will need a power supply. And you should also take the electricity bills into consideration. Mining requires huge amount of electricity. If we consider all the mining farms operating today as one single entity, it will be placed sixth on the list of the top electricity consumers worldwide.There are custom chips available in the market which offer up to 100 times the mining capacity of the normal hardware.

Why shouldn’t you use your laptop for mining?

The special Bitcoin mining hardware is built with  ASIC chips (Application specific integrated circuit). Due to their design, they require less electric power to run, which makes them effective for the one task they are programmed for. On the other hand, Laptop or your Personal computers are built for a wide array of tasks. You can definitely use them for mining but don’t be surprised if you see them bursting into flames. The mining hardware has powerful cooling fans which transfer the heat out. Although you may need to use external cooling power on a hot summer day to ensure zero damage to the expensive mining equipment.

How noisy can it get?

Honestly, it can get pretty noisy. People who have invested heavily in mining bitcoin have rented separate apartments to do so. Luckily thanks to the people with curious minds who have documented the process of mining well. You can see this video to get an idea of how much noise the mining hardware will make.

Take a trip to the Arctic-Period!

Want to know what is the best place to start mining Bitcoins? The answer is the Arctic. Although you have built-in cooling fans in the miners, in the hot summer days you may need some additional cooling power to keep the machines churning.

People in the cold regions install heaters to keep their homes warm. But the ones who are wise enough will find it very clever to build an indoor mining farm instead of heaters. This way you don’t need to install the external heating equipment. So the money you would have used to buy heater can now be used to buy a new mining hardware. The benefit of this is twofold. You earn Bitcoins and your home will stay warm.

From September 2015 to February 2016 the difficulty has tripled. Which means, by doing simple maths, any mining farm owner who didn’t add any additional miner to the farm would now earn roughly 33% less than it was earning previously.

The price of one Bitcoin is not fixed. It can change overnight. Just a couple of weeks ago, in the mid-December of 2017, Bitcoin’s value rose to $20,000USD. Andidn’tdidnt take any more time to drop to 12,000 USD.When calculating the profitability of your mining farm make sure you understand that the price of a bitcoin is not predictable or controllable.

A reward for every block was 50 Bitcoins when it first started off. But according to the rule, the reward will be cut in half every 4 years. In July of 2016, the reward has come down to 12.5 bitcoins per block.

Imagine for a second the amount of energy and computation power mining requires. Now think for a second about how many mining firms are out there. They are here to stay. What can be the longtime use of these investments? These firms can be used to solve complex mathematical problems related to the universe, nuclear power, medical science. We would love to hear from you on this issue. Let us know your thoughts in the comments section.

Bitinstant Loses $12,000 Of Bitcoins To A Hacker