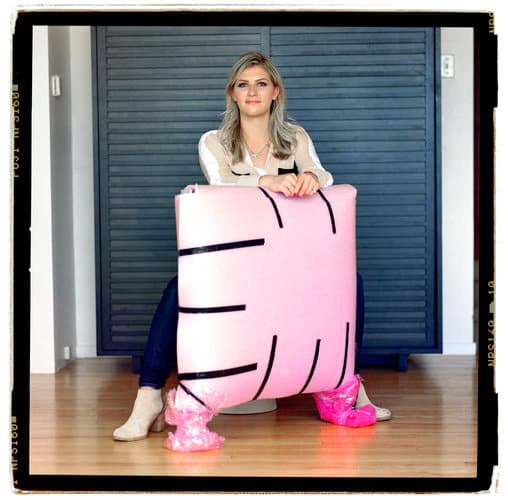 Although we’re living in a wireless age, most of the electronic devices come with wire as to charge them. However, at present there are many devices that can be charged wirelessly. And now, 21-year-old girl Meredith Perry, who has spent her two summers interning at NASA, has devised a new technology for wireless charging — through sound. Meredith Perry has studied astrobiology at the University of Pennsylvania. She had been researching all day on her computer to enter into the college’s innovation competition. However, during “wrapping” her laptop at a night in 2010, she suddenly realized that she had to take the laptop’s 20 feet wired charger along with the laptop in order to charge it when necessary. Although many wireless technologies or devices are out there, she decided to make such unusual and innovative technology, that will bewilder people. And finally she built power transmission wireless through sound.

Sound is something that exists outside of our head. And the sound frequency “is basically how many cycles per second air is being pushed through a space.” However, after getting further knowledge from internet, she built a device that would be able to wirelessly charge a battery in a cellphone or a computer from across a room.

Now, some chain stores and some “quick-service restaurants” are eager to integrate a wireless charger. And to build up a start up, $1.4 million has been donated yet including Mark Cuban, the Yahoo chief Marissa Mayer, the Andreessen Horowitz firm and even Troy Carter, Lady Gaga’s manager. For more info, hit the source link given below.