Raspberry Pi has fast become the most popular PC last year or so. Being very tiny and ultra cheap, and yet equipped with all basic computing functions, the mini PC has become a darling for the education sector too. Google has now funded 15,000 Raspberry Pis to be handed over to UK schools. 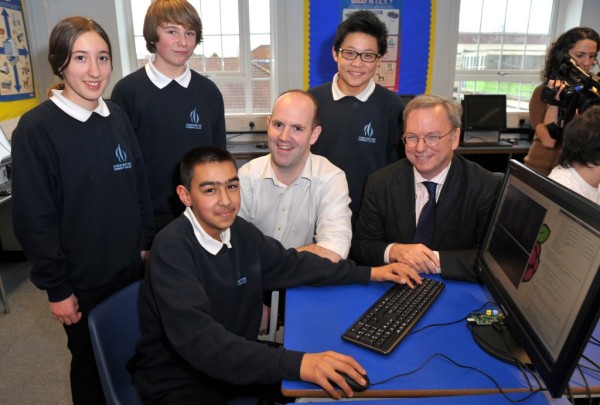 The Raspberry Pi foundation is partnering with Google and another six UK-based education partners to look up such kids who deserve to land a free Raspberry Pi. The project will involve a hand-out of 15,000 Model B units.

This move by Google is particularly significant given the fact that there has been a decline in the number of UK students who choose to study IT in universities. In other words, the country is becoming bereft of adequate ingenuous human resources which can serve in the IT field.

Among the six partnering organizations is OCR which will furnish a teaching and learning pack to go along these Raspberry Pi units so that the students who receive them will be able to understand and use them with convenience.

The co-founder of Raspberry Pi, Eben Upton, stated on the occasion, “We hope that our new partnership with Google will be a significant moment in the development of computing education in the UK. We believe that this can turn around the year-on-year decline in the numbers and skill sets of students applying to read computer science at university.”

The deal was sealed between Raspberry Pi Foundation and Google’s chairman Eric Schmidt at Chesterton Community College. The duo went on to teach kids basic coding for a few hours, effectively giving a statement as to how the Raspberry Pi units can be beneficial for the young lot.