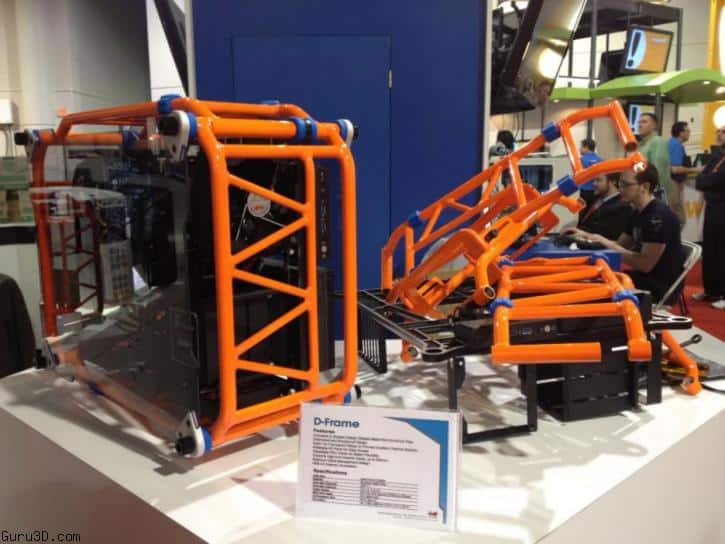 PC cases are more often than not quite boring. In-Win has unveiled two new PC cases at CES 2013, called D-Frame and H-Frame, that will make your PC invincible and look likewise. Each of these cases packs some heavy-duty hardware which is meant to guard your PC in certain scenarios which are as rare as unicorns. But then, their looks are what have enticed us the most.

D-Frame packs glass sides, letting you peek on to your PC without the need to peel off the case. It further comprises of orange, welded aluminum tubes, and blue LEDs, complete with a huge fan decked to a side.

In all, the case is very sturdy and once you put your PC hardware inside it, you can steer clear of caring about its physical safety. In-Win says that D-Frame is crushproof and we tend not to dispute that claim.

The H-Frame is no less. It packs layered gasket as well as a sturdy radiator, and features a metallic body that appears to withstand a lot of external pressure without cracking.

In-Win is already in the process of rolling out its inventory to retailers, and both H-Frame and D-Frame cases would become available this very month at a price of $399 each.

Samsung Announces Its Latest 840 Evo SSD, Features Up To 1TB Of Storage