Engineer Hooks Up 27-Year-Old Mac Plus To The Internet!

Apple‘s old-day Mac machines are so rare these days that they are sold as tech antiques. Imagine our surprise, then, when Jeff Keacher, an engineer, tried to hook up his 27-year-old Mac to the internet and it worked. 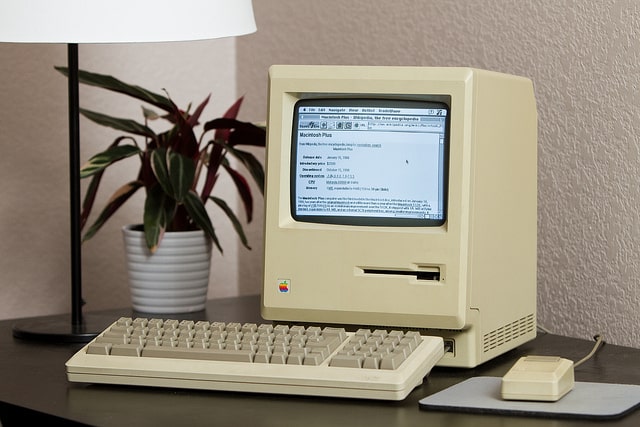 To give you an idea of why it is so shocking, the Mac Plus that Keacher owned back in his young days packs an 8 MHz processor. In other words, it is probably the slowest working computer in the world right now. To go with such humble processor is a meager 4MB of RAM, which naturally translates to torturously slow loading speeds.

How To Easily Batch Rename Files On Mac From Finder

Finally, the display of the Mac is a classic 512 x 342 1-bit screen. Keacher recently posted a longish post to his personal blog, citing how he had the machine shipped out of his home’s basement to his apartment and tried to connect it to the internet.

His initial efforts failed and he had to face a few setbacks. But after he plugged in a few replacements for the faulty parts, the machine at last worked. He had to connect a Raspberry Pi to the Mac Plus, to ensure that the machine is able to bear the load of modern software. Moreover, he hooked up additional serial adapters as well as voltage converters to get the whole thing going.

In the end, he was successful in browsing the internet using the TCP/IP protocol, something which is usually not possible on a Mac Plus machine, given its inadequate hardware and outdated software.

How To Use Android USB Tethering On Mac

macOS Sierra: Available From September 20, 2016 & What You Need To Know Before…