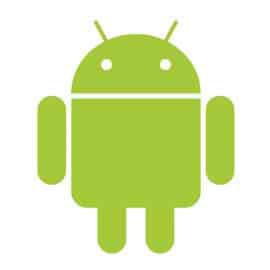 Google sure has upped the pace at which it is rolling out the versions of it’s Android OS for Android devices. Whereas Ice Cream Sandwich is still being considered a rather new version with not many vendors having upgraded their devices to it yet, Google’s Jelly Bean has already made news. It is expected to hit the shelves later this year. And while that is still fresh, we are now hearing rumors about the version that will follow Jelly Bean, most probably called Key Lime Pie. It has been revealed by The Verge that according to one of it’s sources, Google has already locked in on the codename for it’s next Android version. According to The Verge, it is going to be Key Lime Pie.

Google has a tradition of naming different versions of Android alphabetically and after different food items. With Android users having tooled Ginger, HoneyComb and now Ice Cream Sandwich and an expected Jelly Bean, Key Lime Pie does seem to fit in nicely with the lot. But so far this is just a rumor and hasn’t been confirmed.

Ice Cream Sandwich, the latest released version of Android, is gaining traction in the mobile industry. But vendors have worried that if Google rolls out updates bit too quickly, this can jeopardize the slow-trail vendors. Jelly Bean, the next version, is expected to arrive later this year. Google will optimize Jelly Bean for tablets and also enable support for Windows 8-based tablets and notebooks. This will allow the users between Windows 8 and Android without having to necessarily reboot the system.
[ttjad keyword=”samsung-galaxy-s”]

Verizon Accidentally Rolls Out BlackBerry 10.2.1 Before Its Official Release