The Most Powerful Device of 2018 Is Finally Here

Last updated Aug 15, 2018 0
So the wait is finally over. The most anticipated handset gadget of 2018 is really here. As Samsung unveiled the Galaxy Note 9 just recently. And not to mention, it came along with a number of goodies that are bound to meet the expectations of the Note Series fans.
Do You Know?

This new Galaxy note version most definitely has the potential to turn any non-galaxy phone users into a Note fan.

So what does this new Galaxy Flagship NOTE 9 came up with this time? 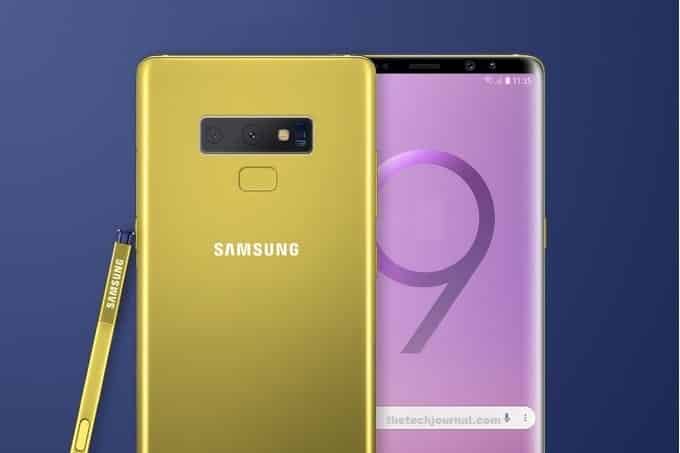 The Galaxy Note series has always been a device for the people who wanted the best of the best. And the Note 9 already seems to be the best of them all. So what are the top features that this beast of a flagship smartphone coming with? Let’s take a look.

The new S-Pen is capable of performing Bluetooth connected magic tricks from up to 30 feet from the device. Samsung has managed to install a small battery into the S-pen and a tiny low energy Bluetooth antenna into the stylus so that it can perform a number of remote functions.

So what can you do with it exactly? Well, you will be able to remotely launch the camera by pressing the clicky part of the S-pen. You can also flip the camera to selfie mode with a short single press and you can snap a photo with two presses.  It is much convenient than setting a timer that we have all been doing all these years in all the regular smartphone for taking delayed group shots.

Though for this functionality to work in full swing, S-pen does needs to be charged but Samsung claims that with just 40 seconds of charging it will deliver you 30 minutes of standby battery life for S-pen’s Bluetooth regulated features.  But for the regular feature of S-pen, you are not required to charge the S-pen at all.

One Terabyte of Massive Storage

It is no surprise that Samsung among the top manufacturers is the first to produce a 1 terabyte ready smartphone. It fills it internal  storage with 8 GB of ram making it the first 1 terabyte ready phone of its kind, a capacity that most laptops have that most people buy today.

The note 9 is built as the phone that will never run out of physical storage memory as it can be expanded according to your needs. So deleting movies or uninstalling old or less used apps and games is something you don’t need to worry about anymore to accommodate new apps and games in the future.

Take all the photos you want and record any number of 4K videos you want, with no compromise needed.

The Note 9 battery has also got a giant leap from its previous Note series phones. Samsung has finally broken through the 4000 MAH battery shackle, making it the largest capacity of the battery for such handsets. After the recall and battery debacle of Note 7, it is indeed a huge jump to overcome the loyalty issues for its users. As its 8 point safety check means there will be no repeat of fires that its users experienced 2 years ago.

For heavy-duty users, this battery should last a whole day and for moderate use, it should get to the second day without a problem. 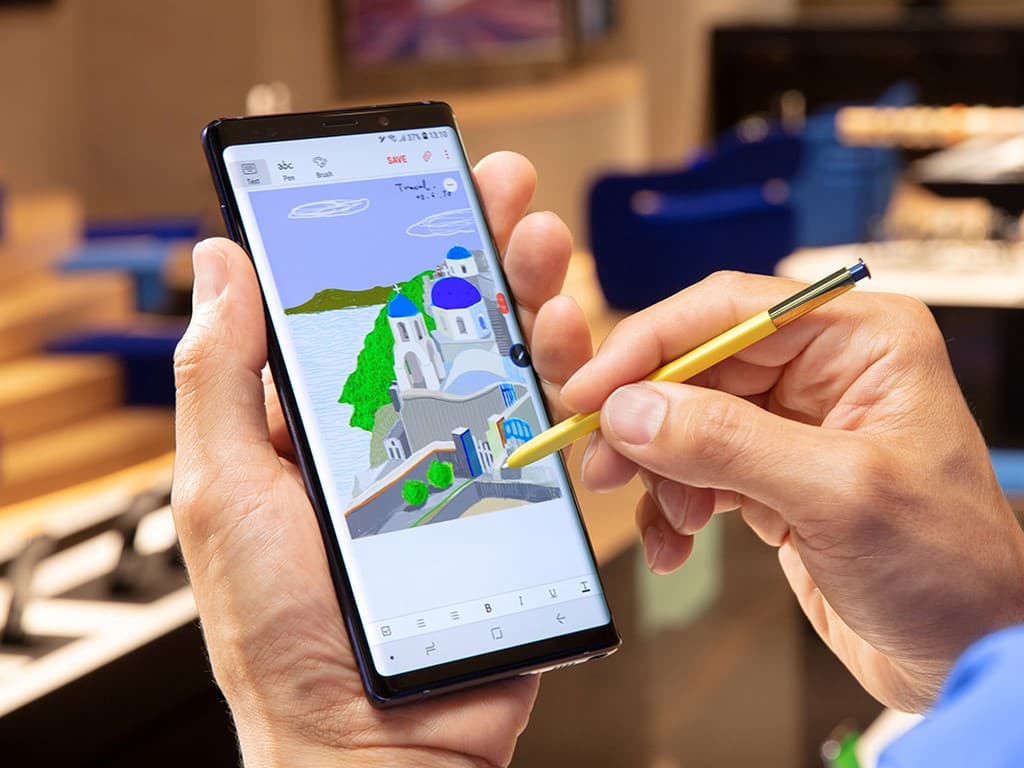 Samsung is carrying its camera promise to the Galaxy Note 9 as the S9 Plus has already given us a good idea of what to expect. But it is now even promising even better photo quality with the Note 9. Samsung demonstrated that the note 9 camera identifies and adapts to various subjects with a new scene optimizer feature. It automatically adjusts the white balance and color based point subjects as varied as sunsets, flowers, foods, texts etc.

The camera is built to understand what it is looking at and uses the same technology to correct flaws including eye blinking, image blurring, backlight and more. Sometimes it will pick the best photo of the bunch and other times it will just run a pop-up message to clean your dirty lens or notify about anyone blinking in the photo.

Futuristic Design and Other Unique Specs

The Samsung’s super-AMOLED display doesn’t need to change anything to look great. As it consistently stays as the best smart screen in the world until Samsung launches the next flagship smartphone every year.

The 6.4 inch Galaxy Note 9 screen is slightly larger than the 6.3 inch Note 8, that only a few can notice without the measuring tape.  It is slightly wider and shorter than the Note 8. The position of the fingerprint scanner is in a much convenient place of beneath the camera than it was in Note 8 that was right beside the camera lens.

The waterproofing technology of Galaxy Note 9 is IP68 water & dust resistant. That resistance rating stays the same whether or not the S-pen is embedded.

Just like the S9, this one also features in an AKG tuned stereo speakers at the top which gives you much better bass performance and less sound distortion at higher volume. It also gives the user access to Dolby atmosphere surround sound technology giving the listener the impression that the sound is coming from everywhere

So all in all, the Note 9 looks like a solid refinement from its previous version even though the Note 8 users will not miss out on much except for the new blue-tooth S-pen features and battery life.

So what do you all think about this sleek and feature-rich Galaxy Note 9 from Samsung this time? Did it meet your expectations? Do share your views in the comments below.

How To Transform Non-Smart Tv To Smart Tv