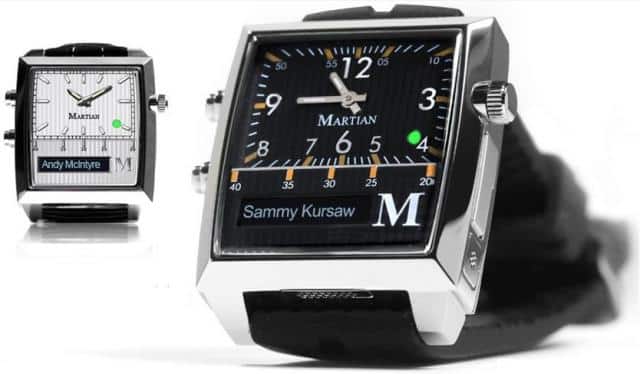 The display of Passport consists of anti-scratch glass crystal and is splash resistant. Passport is compatible with Android and iOS devices (iPhone 3 and its later version). Users can make crystal clear phone calls or interact with their phone’s voice assistant (Siri or Google Voice) directly from their wrists. Besides, the watch will alert the user through vibration with using green LED and caller ID display while any incoming call comes to the users’ smartphone. Users can receive the incoming call by pushing a button or reject the call by shaking his/her wrist. Below are the full specifications of the watch.

The price of Passport is $299. Users can pre-order it from the Martian’s official website. No confirmation has been received about the shipping date, but it is expected that the Martian Passport will be delivered in February or March.

One Fast Cat: An Exercise Wheel Specially Designed For Cats