A new video has posted to youtube reportedly shows a man handling Sony Ericsson‘s upcoming PlayStation Phone.Looks like someone was testing out the upcoming Android Playstation phone a little too publicly and someone managed to film it for a bit while the person with the phone played with it for a bit.Still, the video at least proves that there are functional Playstation handsets floating around. 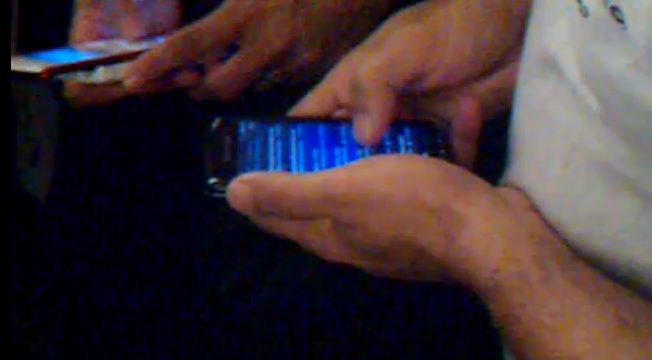 The blogger who played with the phone did have some interesting tidbits to share as well, such as specs that include a 4-inch touchscreen, Android 2.3 (Gingerbread), a dedicated game store, a touch-sensitive control surface on the slider, an 8-megapixel camera and some special PlayStation-themed live wallpapers.The blogger did mention the codename of the device being listed as Zeus, which agrees with many floating rumors and reports.

Check out the video below.

This might lead to the rumors of a December 9th unveiling of the PlayStation Phone to be true.