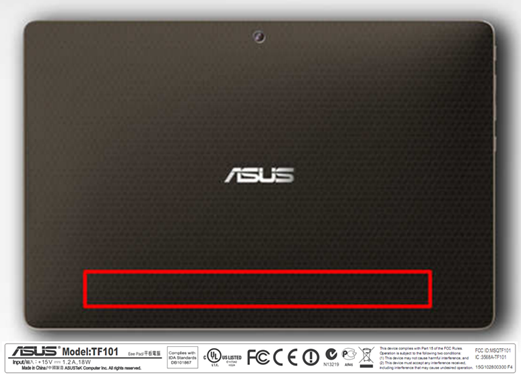 ASUS Eee Pad TF101 Windows 7 tablet hits the FCC and has now gone past the FCC hurdle in time for its intended April launch.Asus Eee Pad Transformer has got approval for its Wi-Fi and Bluetooth functionality though extensive details…… Asus Eee Pad Transformer is expected to launch in April, making it the first 10 inch slate computer from Asus. It also happens to be the first tablet from Asus to feature a dual core NVIDIA Tegra processor and a detachable keyboard that allows you to use type on the device as if it were a laptop.ASUS Eee Pad TF101 or better known as Transformer has made it way from ASUSTek offices in Taiwan to the the FCC here in the US to get proper certification.ASUS first showed the unique ASUS Eee Pad Transformer Android tablet at CES 2011 with another ASUS Eee Pad tablet named Slider. Both were said at the time to be launching in April or May, with the Transformer predicted to cost between $400 and $700 and the Slider was between $500 and $800 for the US.The Transformer was unique because it featured a special docking system that not only offered you a full QWERTY keyboard but it also could increase battery life to an estimated 16 hours for the 10.1-inch Nvidia Tegra 2 powered tablet.ASUS hasn’t released much follow-up information about the Transformer or Slider but this FCC news will spur the ASUS PR team to release something.There’s nothing all that interesting in the FCC filing yet, unless you count a picture of the back of the tablet showing where the FCC label will go.