The newly-introduced Nook Color has been rooted just a few weeks after its official launch.Boys over XDA developers have got it.They got a fair number of Android Applications already running, such as the runaway game sensation “Angry Birds”. 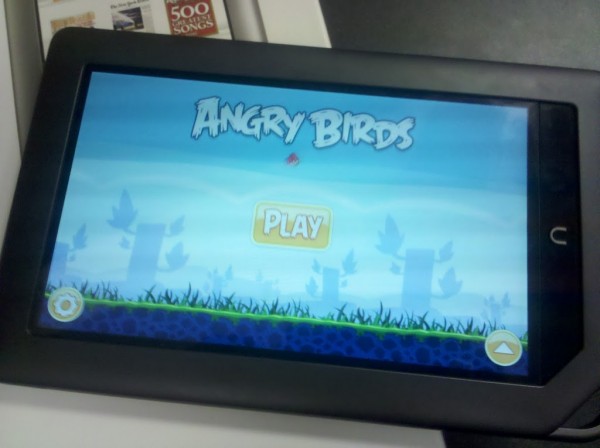 Users are still working to create an easy hack that will allow others to take advantage of the expanded functionality. Although the device is based on Android 2.1, the manufacturer limited the OS to maintain a focus on e-books.

The Rooting process with the Barnes and Noble Nook Color will allow for a ton of Android Applications to to be installed on the device! People already have gotten the Dolphin Browser working, Angry Birds and Live Wall papers, along with a back and forward button.

It is unknown at this time if Barnes and Noble will close this gap in the firmware with a mandatory update, but it looks like right now the going is good on the independent development front to turn your Nook Color into a full fledged Tablet PC. Right now from reports it looks like this device runs things just as smooth as the $600 Samsung Galaxy Tab.

At just $249, the rooted Nook Color makes a great cheap Android-powered tablet. Despite the fact that the rooting of the Nook Color is still a work in progress, already full step-by-step instructions have been made available at nookDevs.