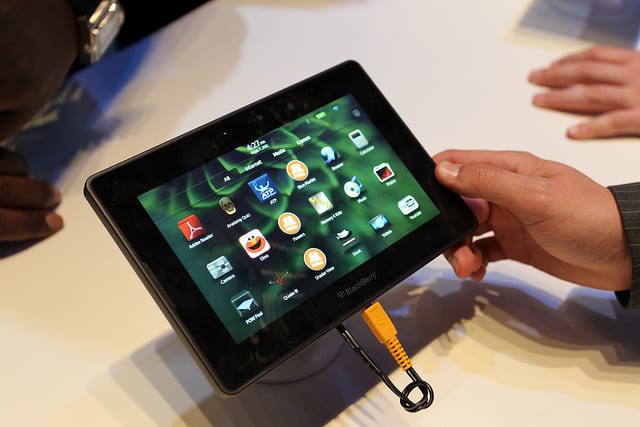 When it comes to low-cost tablets, Amazon’s Kindle Fire has been on a fair lead. It costs a mere $199, comes with the extensive Amazon ecosystem experience and is fairly good in specs as well as the overall user experience on it. But, what if another tablet, with better specs and OS and many superior features became available in the same price? This is what has just happened as the BlackBerry PlayBook gets an update and becomes awesome! The BlackBerry PlayBook is quite a contemporary to Kindle Fire, sharing the 7-inch tablet slot and priced similarly at $199. However, whereas Kindle Fire is steeped deep in an ‘Amazon experience’ and lets you have a really good share of it, PlayBook affords you an equally, if not more, desirable Android experience. And naturally, the breadth of an Android experience far outdoes that of Kindle Fire.

The OS 2.0 update has significantly enhanced the user interface of PlayBook, something which has been its chief deterrent. Moreover, compared to Kindle Fire, PlayBook packs a much neater, more powerful hardware which lets your perform better. You can count a number of features that you get with PlayBook but Kindle Fire simply lacks them. These include dual high quality cameras, a microphone, a bluetooth wireless radio, HDMI out, duel stereo speakers, 1GB of RAM and a much cleaner and better user interface.

All this adds up to a very promising user experience. Initially, the criticism towards the PlayBook was well-founded since the tablet did have a rather clumsy interface. But this update seems to have put right most of what has been wrong with it.