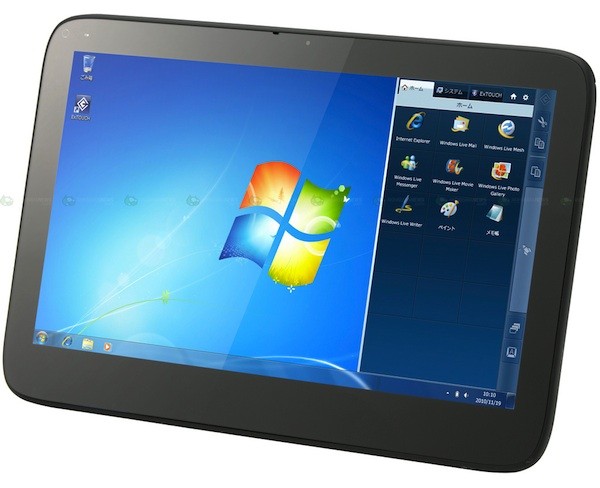 Onkyo’s latest series of Windows 7 Slate powered by an ATOM CPU has now a new model in its line-up with the TW317A7.The TW317A7 is in fact a TW317A5 loaded with KDDI 3G module allowing you to surf the web freely wherever you are. This model including a 11.6” screen with a 1366×768 resolution, an Atom N450, 1GB or RAM, 32GB of SSD and a 0.3Mpix Web Camera.Finally the TW317A7 will also feature a new software, ExTOUCH, dedicated to improve Windows 7 finger input by offering a dedicated App launcher.