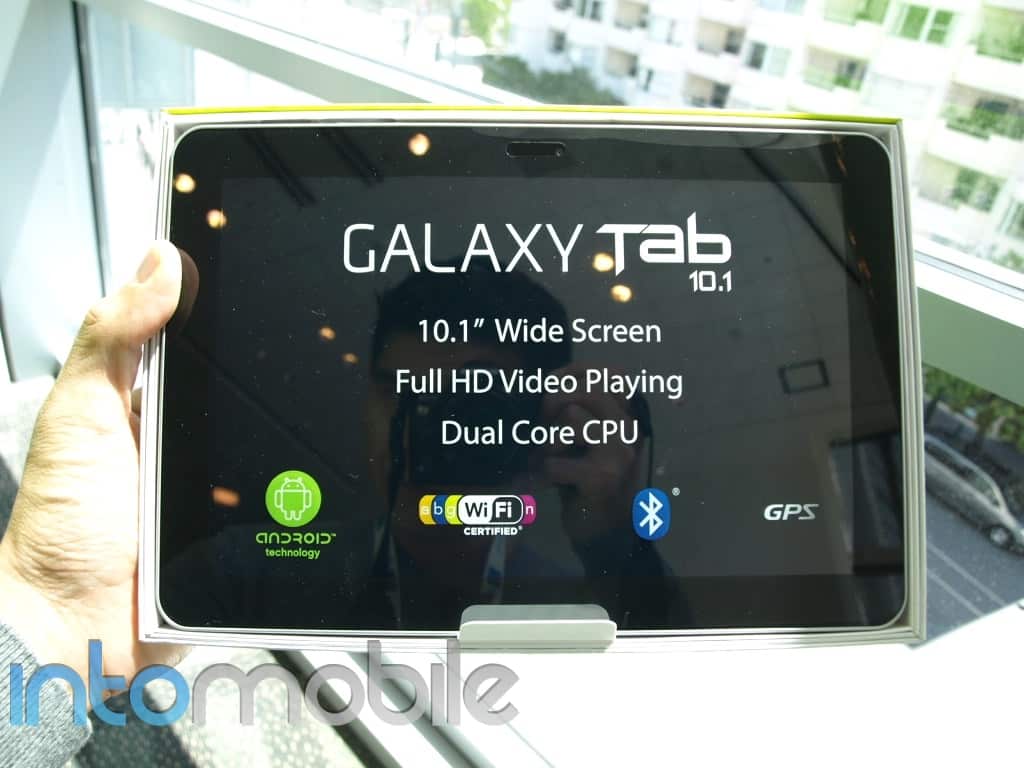 Google gives away 5,000 Samsung Galaxy Tab 10.1 tablets to devs at I/O and it’s described as a limited edition, potentially because it looks to be running stock Android without the TouchWiz UI layer on top and will also gives away to the gathered crowd of 5,000 conference attendees……… Google just announced that every attendee of I/O 2011 would be getting a Samsung Galaxy Tab 10.1 Limited Edition and the big differences are the ditching of Samsung TouchWiz layer giving you a pure Google experience.Out of the box and the Samsung Galaxy Tab 10.1 is the Honeycomb tablet most likely to be mistaken for an iPad. Design wise it has a similar sleek silver design and it’s ot exactly the same – the Tab 10.1 sports a 16:9 screen ratio that it’s a little longer than the iPad and it’s actually some 25g lighter if we are getting picky, and that screen ratio and the slightly-off centre positioning of the battery means it looks and feels a little larger and less balanced. The oversized power button and volume control are on the top edge of the screen, along with the headphone socket.Tiny speakers are on either side and the sound is reasonably good, although we certainly noticed distortion at high volumes.On the bottom is a proprietary Samsung USB port and it’s not the same proprietary Samsung USB port as their MP3 players or any other Samsung devices.And that’s it; no SD card socket or USB port, no HDMI connector and the  screen is extremely, almost excessively shiny and we had significant problems with reflection if we tried turning the brightness down; turn off the power saving ambient light sensor and you get a bright and very colourful screen that’s much easier to see.The 3 megapixel camera on the back is a little slower than we’d like to focus and to adjust the white balance and with such a large image to paint on-screen, live preview can show a clear lag if you move the tab around.The size of the screen has some drawbacks – the keyboard is overly large in landscape mode and you’re getting all the advantages and disadvantages of Honeycomb, on a high performance tablet. Kindle Fire Sales – How Many Millions?