[Tutorial] How To Copy Xbox 360 Game To A Hard Drive 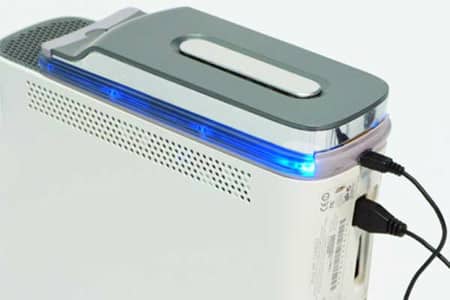 Step 1: In the first step, you need to download the latest “DVD2XBOX” software program onto your Xbox console. When you will install this software, then it will come out in the Xbox 360 dashboard under the “Applications” icon.

Step 2: Launch the “DVD2Xbox” software program and set a game CD/DVD disc in the Xbox console. Then go to the “Settings” option by clicking the white color controller key. Enable/allow both the G and F hard drives. Then, click the back key.

Step 3: Click the white color controller’s “A key” once you have seen a “DVD: XBOX Software program” text message at the bottom of the screen. Select either the F, G or E drives or the Xbox 360 “games” subdirectory in order to copy the full game. Then click “A.”

Step 4: Begin the copying procedure by clicking on the “Start” key. When the device finishes copying the whole game, you will automatically get a verification display and then you can exit this program.

Step 5: Join your game console to the computer with an appropriate ethernet cable. Then make an FTP tab/window on your computer and save/copy the Xbox 360 game onto the PC by using the best FTP.

Step 6: In this step, convert your saved/copied Xbox 360 game into ISO folder. You will need an appropriate software program like Qwik or ISO in order to do this task, and both of this software can be free downloaded from Internet.

Step 7: Finally, burn all of the ISO folders onto a DVD-RW, CD-RW or DVD-R in order to keep a fresh backup copy of the Xbox 360 game disc. In order to do this burning, you will require an appropriate DVD disc burning software program that will create Xbox game well-suited discs. Alcohol 120 or Nero’s DVD Burning ROM will do this.

How To Create Canned Responses In Gmail