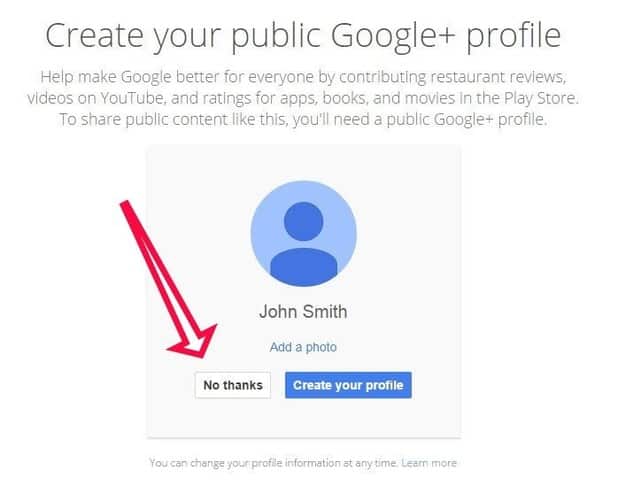 Since 2012, whenever people used to create a new Google account, at the same time, they were forced to open a Google+ account too. But now, Google+ is no longer a requirement for creating a Google account. Creating a Google+ account was never that much of a pain anyway, but lifting the requirement signals that Google is less committed than it once was when it comes to force-feeding Google+ to its users. And this is only the latest indication. However, now whenever the new Google users would try to sign up for a Gmail, Google Docs, or other Google account, a new “No thanks” button will let them opt out of Google’s social network. Note that, Google has prevented itself from forcing users in many other cases. For example: in July of this year, Google stopped forcing Google+ users to use their real names.

On the other hand, Google hasn’t made any official announcements about the state of Google+. Does this anyhow mean that Google plans to pull the plug on Google+? Well, it should be interesting to see where Google takes its product from here on out. Share your thoughts with us in the comments below.

US Court To Decide The Future Of MP3 Music Resales